“We just want to be left alone to feed the people”: Green Shirts Movement WA

Vegan activists planned a mass day of action today for the entire country. Protests caused a commotion in Melbourne this morning by bringing the busiest intersection in the CBD to a standstill.

While there have been no reports of disruptions in Perth or at any of the local farms, we’ve had our fair share already.

The agriculture sector is fighting back. Non-for-profit group the Green Shirts Movement is attempting to help create understanding between primary producers and food consumers.

Green Shirts Movement WA spokesperson Alan Sattler joined Oliver Peterson today where he stressed how important agriculture is to Australia and what people can do to support farmers.

“Everything we produce in this country is clean and green. These people [vegan activists] seem to want agriculture shut down.

“I’m sure we don’t want to be eating imported food from China.” 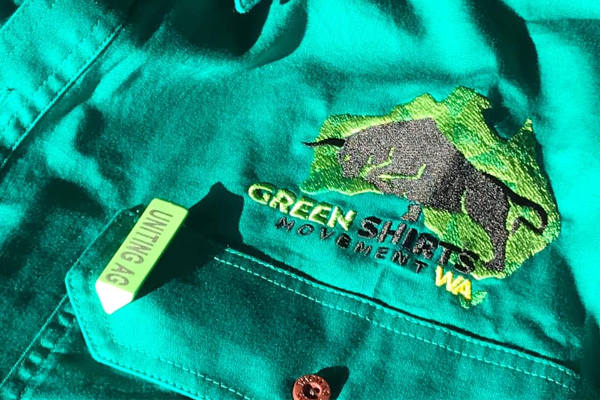