Two animal activists have been fined thousands after pleading guilty to trespassing on a farm in Pinjarra.

James Warden and Katrina Sobianina live streamed on the Direct Action Everywhere Facebook page as they broke into a piggery. They were fined $7000 and $3000 respectively.

Mr Warden also plead guilty to trespassing on a feed lot at a Mundijong farm and possessing a controlled weapon.

“The Nationals have been asking for the Government to review these penalties that the court hands out.

“We have asked a number of questions in Parliament around what the Premier, the Attorney General, the Police Minister and the Agriculture minister are all doing. And quite frankly, the answers we have to date have been quite confusing.” 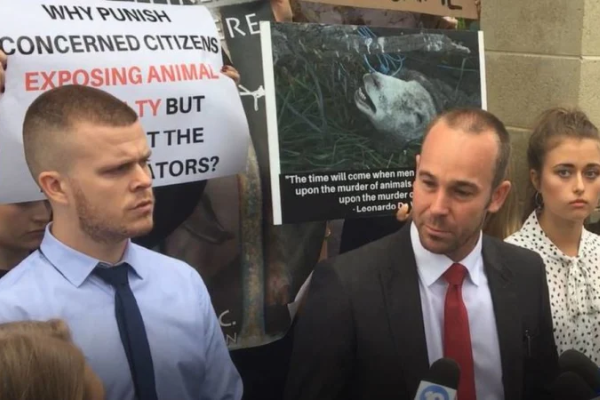