‘The leadership should consider their positions’: Gareth Parker slams SSTUWA

6PR Mornings host Gareth has slammed the State School Teachers Union of WA for an ‘astounding’ advertisement, saying the leadership should ‘consider their positions’.

The SSTUWA has taken out a full page newspaper ad – asking parents to keep their children home if they can when term two resumes next week despite the State Government encouraging all students to return to the classroom – on the back of expert health advice.

The Union says it won’t be able to meet virus-related safety measures if classes are full and has called for kids to be kept home if possible – but say those not at school will have education materials provided to them.

Mr Parker says the Union is out of step with leadership in other areas where people are trying to do their best under significant challenges.

“Leaders in this crisis have no good options, they only have bad options and worse options and it pays to have a generosity of spirit when you’re trying to judge how leaders both government and non-government have performed throughout this crisis,” he said.

“I think for the most part in this country we have been blessed that everyone has been doing their best, everyone’s trying to row in the same direction. But I can hold my tongue no longer when it comes to the leadership of the State School Teachers Union.

“This is a terrible misstep, this advertisement this morning. It is a failure of leadership. And I honestly think that Mary Franklin and Pat Byrne and the leaders of the State School Teachers Union should consider their positions in continuing to lead this union.”

“This coronavirus crisis has confronted all of us in the community,” he said.

“Yes the union is right to draw attention to vulnerable teachers, those who are older and immunocompromised – so it should. The facts are that not one immunocompromised or older teacher with concerns for their own health will be forced to front a classroom from next Wednesday.

“The teachers union is carrying on as though its members are being asked to go and work in a hospital emergency room without protective equipment. It is not the same setting and it is not the advice of the expert health committee which has always been, and continues to be, that schools represent a low risk for COVID-19 transmission.”

Meanwhile, the Education Minister is appealing for teachers to look at the health advice – and be reassured the risk of students returning to school next week is low.

She says WA has had no cases of student to student – or student to teacher transmission of coronavirus. 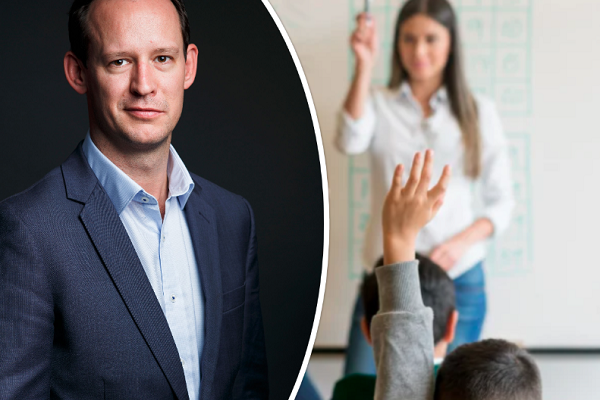