The two brick-building dads take home the title, the LEGO trophy and $100,000 in prize money after beating David and G’s theme-park build and Jordan and Miller’s space battle in the final LEGO-laden showdown.

Nicknaming themselves #teamdadbod, Henry a property valuer from Sydney, and Cade, a video game designer seamlessly united their building styles throughout each challenge, melding Cade’s artistry and Henry’s love of LEGO Technic at every turn. 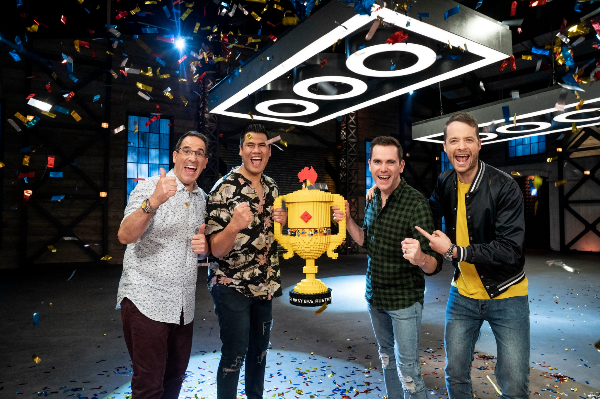