‘It went for her throat’: Second Spearwood dog attack victim speaks out

Another owner has come forward saying her pet was attacked by the same dog which critically injured a greyhound in Spearwood last week.

Greyhound Holly was being walked when the dog escaped from it’s house across the street and bit her on the chest, and despite multiple surgeries she had to be put down.

“We were walking along Goldsmith Road and this dog just came out of nowhere,” she said.

“It went for her throat.

“I just new straight away she just didn’t stand a chance.”

Jessica tried to fight the dog off in an effort to protect her dog.

“As it took her to the ground it dragged me down too,” she said while holding back tears.

“My dog was just screaming in pain.

“I’ve ended up with cuts all over my face, and puncture wounds on my finger.

“I was just screaming for someone to come and help.

“The owner came running out and pulled the dog off of us.” 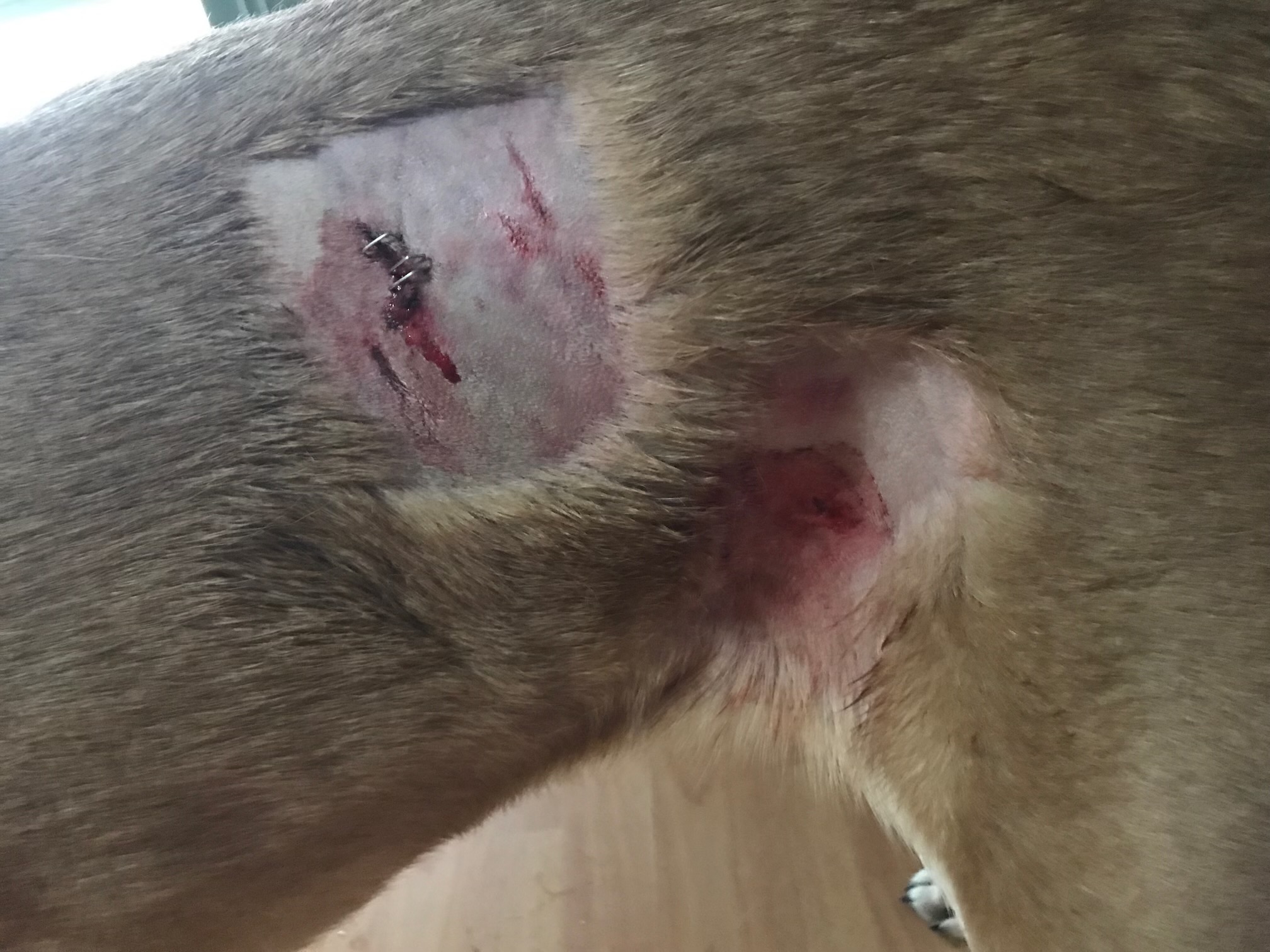 She was told after reporting it to the council that the owner had been spoken to and the dog had been secured.

But just weeks after the traumatising incident greyhound Holly was attacked.

“Obviously the lesson wasn’t learned and the proper precautions weren’t taken, and this dog is obviously going to keep doing it,” she said.

After Holly’s attack the City of Cockburn said the dog will be required to wear a special collar and muzzle while in public.

“I will never walk around this area again … it’s changed the way we live our lives.”