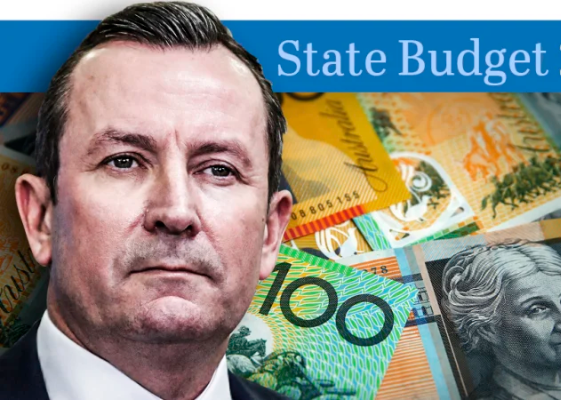 The State Government has kept its books in the black and recorded a 1.2 billion dollar surplus in today’s budget.

A large increase in spending and reduced revenue due to the on-going pandemic has slashed projected operating surpluses by $6.6 billion but the 2021 budget will still see a surplus of $1.2 billion.

The lost surplus has been allocated to fund the $5.5 billion WA Recovery Plan as well as towards a record infrastructure investment of $27.7 billion.

The Treasurer confirmed the budget wasn’t based on any assumptions of a COVID-19 vaccine but is looking at the WA border opening sometime in the June quarter next year. There is an assumption the international border will open by December 2021 despite the Commonwealth saying it’ll be 2022.

This will be the first time in 15 years the “household basket of fees and charges” has decreased. The average household can expect a total saving of $663.52 (a reduction of 10.4 per cent) on their household fees and charges in 2020-21. This is largely due to the $600 electricity credit announced earlier this month. Household costs increased by two percent last year.

Electricity and water tariffs, motor vehicle-related charges and public transport fares will be frozen. The Emergency Services Levy, wastewater and drainage charge fees will be reduced by passing on the benefit of lower gross rental values (GRVs).

The biggest concern for the Government is a second wave of COVID-19, which the Treasurer estimates would wipe over $5.5 billion from the local economy and cost 30,000 jobs if a six week lockdown is imposed. This is based on a scenario where the mining industry isn’t affected.

Currently unemployment sits at seven percent in WA and the budget has it peaking at eight percent but dropping back to six percent by 2024.

Despite the iron ore price hitting highs of over $123 US dollars per tonne, the budget is predicting it to fall to an average of $96 US dollars until the end of the financial year, before it’s revised down to $64 US dollars.

$314 million is being allocated to recruit an extra 800 police officers, which means WA will have the highest number of police officers per person in the country.

“It has had a very important role to play in respect of allowing us to open up,” said Mr Wyatt.

Listen to what the Treasurer had to say on Perth LIVE: