West Australians will be able to freely travel around the state except to remote Indigenous communities and the Commonwealth bio-security zones of the Kimberley, parts of the East Pilbara and Shire of Ngaanyatjarraku.

However it is expected by June 5, travel will be permitted into the Kimberley and other bio-security zones.

Travel to remote Indigenous communities will still be prohibited.

The decision comes seven days after restrictions were eased as part of Phase 2 of the WA’s roadmap, which saw regional borders reduced from 13 down to four.

Mr McGowan said, “regional travel restrictions were a difficult but necessary measure to stop the spread of COVID-19 around our state.”

He has urged West Australian’s to now travel around the state.

“Now’s the time to get out there and see Western Australia and support local business in the process,” said Mr McGowan

“For now ,we have it all to ourselves so lets make the most of it.’

WA’s hard border closure will remain. Phase 3 details will be announced by the end of the week.

“Based on health advice, Western Australia’s hard border with the rest of the country will remain in place, and will likely be the final restriction lifted,” said Mr McGowan

Listen to the press conference with Premier Mark McGowan and Health Minister Roger Cook below: 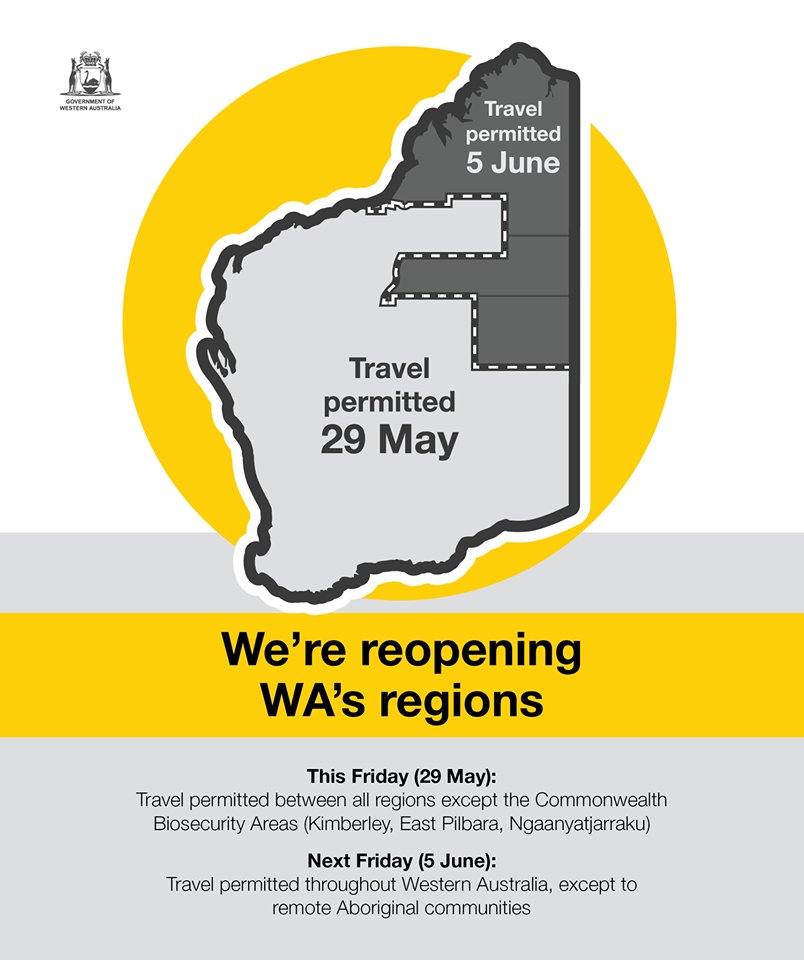