26 year old Harry Garland has paid tribute to the team behind his charity ‘Swim for Proudie’, after he was named the Young West Australian of the Year.

Harry was recognised for his work raising money for his mate Warrick Proudlove, who was left requiring a lifetime of care following a horrific car crash in 2011.

Harry told Mornings with Gareth Parker they’ve been able to raise close to $160,000. 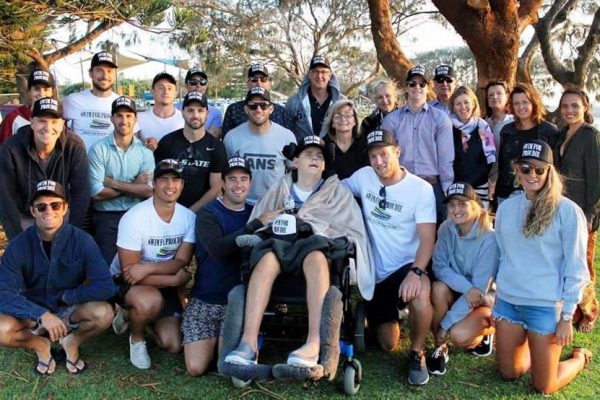