A key position player for the West Coast Eagles, Oscar Allen made his AFL debut (Round 16) in the 2018 season, seeing the 19 year old play a defensive role.

With the 2019 season just around the corner, Oscar is looking forward to following in the footsteps of newly retired team-mate Mark LeCras, with hopes to play a similar position & role to that of Lecca.

Along with his fellow team-mates, Oscar is currently taking part in WCE’s Community Camps, travelling to towns, cities & rural communities around Western Australia & giving insight about playing at the highest level as well as teaching valuable skills for those whom might be future players of the game.

The camps have also seen Oscar play a real mix of positions, giving him a taste to able to play wherever he’s needed. Find out what else the young Eagle is up to ahead of Round 1 & which players he would love to emulate with his career going forward. 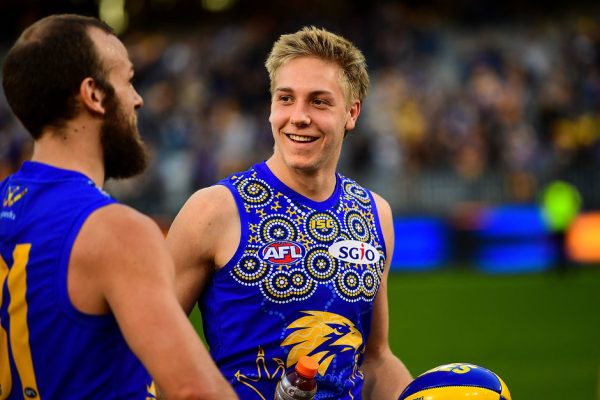