‘You can catch up with your family now, just be sensible’

We’re again being urged to do the right thing in regards to social distancing and not having large gatherings – after the State Government moved to relax the two-person rule.

Gatherings of up to 10 people are allowed from today, in line with current medical advice.

Premier Mark McGowan told Gareth Parker on Mornings the move is a ‘reward’ for ongoing low case numbers in WA.

He concedes the past few weeks have been difficult for many people particularly those who are older but he has warned that the two-person rule could be re-introduced if people don’t do the right thing.

“We might be in a state of emergency but we’re not a police state and we haven’t engaged in the same enforcement of the rules as they have in Sydney where you see police officers going around breaking up married couples which is really quite ludicrous,” he said.

“So we urge everyone just to be sensible and reasonable… this is really something where we just need the community to apply common sense and do the right thing.”

Although the first restrictions have been cautiously relaxed, Mr McGowan is also warning of a potential spike in coronavirus cases in WA – with hundreds of people due to return from overseas this week.

Mr McGowan says three aircraft are due to arrive in Perth this week – bringing back hundreds of Australians and West Australians from overseas. 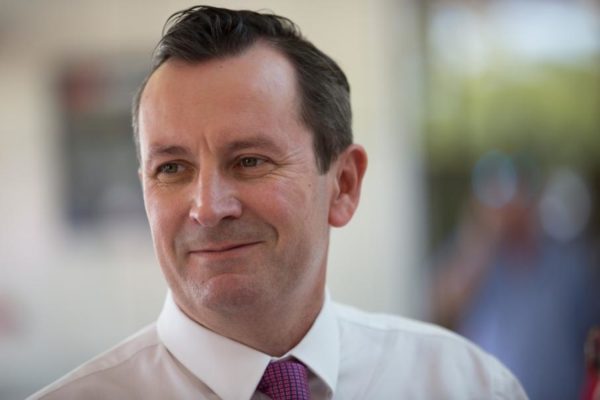