A Current Affair reported that Bunbury mum Karen Hume received a Telstra phone bill that would make most people collapse on the floor in shock. It was for $465,595.23.

Telstra claimed she had used 465 terabytes of data, which equates to downloading 30,000 movies in a month.

Ms Hume spoke to Oly Peterson today to explain that after getting the run-around from the Telstra call centre she went into a shop where she still struggled to get answers.

It was only when A Current Affair became involved that Telstra admitted it was a system glitch and the excessive bill was cleared… after two-months of stress for Ms Hume. 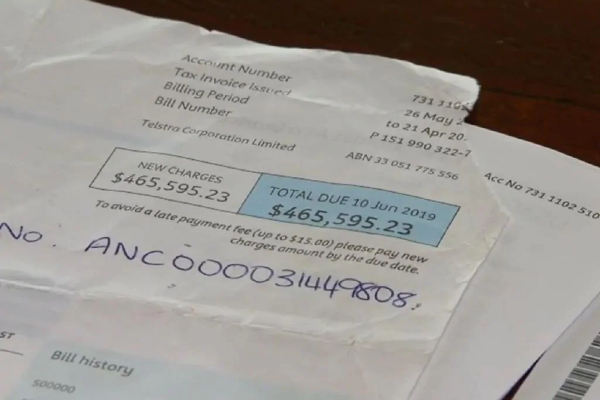