A cyclist who does not want to wait until 2021 for the State Government to pay for the construction of a bike path is taking matters into his own hands.

Michael Thomas 29, is running as an independent in the Cottesloe by-election in the hopes of filling the gap between the Perth-Fremantle pricipal shared path (PSP).

The path abruptly stops at Grant Street station and does not start for 5km at Tydeman Road Fremantle, leaving cyclist and pedestrians exposed to kilometres of heavy traffic.

Mr Thomas told Chris “the electorate of Cottesloe, after Perth City has the highest number of bike crashes per kilometre of road”. 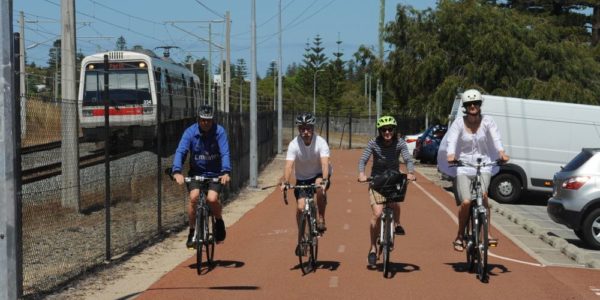