The girl from York that became a Hollywood silent movie star

One of the long-forgotten stories of local history starts long ago in the small WA town of York, not far from Perth, and ends far away in Hollywood, the centre of film-making in the Western world. It was in York that a young woman named Enid Bennett was born as the eldest of three sisters. These three sisters would by a strange set of circumstances each end up in Hollywood as stars of the silent movie industry and move into the talkies era, and in one case into television right up to the 1980s.

Along the way the sisters’ journeys includes their father Frank Bennett’s role as a private school headmaster in Perth, and the founding of Guildford Grammar School on the banks of the Swan River at the turn of the 20th century. And one of the famous names in the story is that of Lionel Logue, who we now remember was the speech teacher for King George VI, portrayed in the film The King’s Speech by Geoffrey Rush.

Author Ron Banks joined us on “Remember When” to tell us more about the York girl turned Hollywood star. 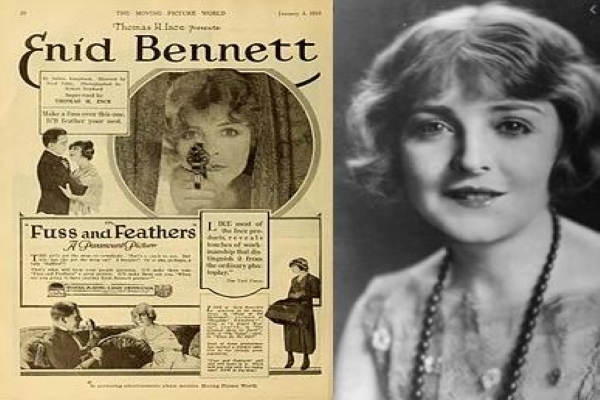