Stew and Brew with Tim Milroy from Gage Roads

Not only is Tim Milroy the Alby man around town, he’s also pretty handy in the kitchen!

Tim joined Oliver Peterson today and shared some ways to cook with beer.

It’s a great way to punch up the flavour on a marinade for braised ribs, or long and slow cooking and barbecues

A whole chicken with a beer can up its bum. You open the beer, sit the chook on top of it and pop in in the oven or weber. During the cook, the beer evaporates and keeps the meat moist, while imparting that beer flavour through the chicken

Beer adds great flavour to a braise and slow cooking stew. Instead of using red wine, use a can of beer and slow cook it down.

Cook bacon in pan until tender. Set aside on paper towel to drain. Sprinkle beef with pepper and salt. In the same pan, brown beef in oil in batches; drain.

Cover and cook on low for 5-1/2 to 6 hours or until meat and vegetables are tender.

*add in 1 tablespoon of flour at 5 hour mark and stir through to thicken. Add more as desired 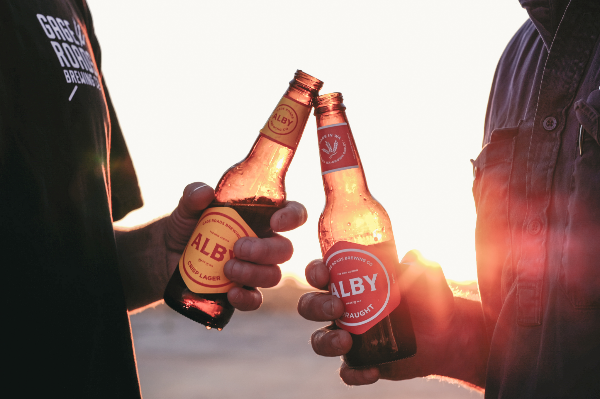