A Perth property agent is defending his decision to advertise his business on ANZAC Day flyers, saying he will do it again.

The flyers were distributed at West Leederville’s ANZAC Day ceremony last week, and displayed photos of two WWI diggers who hailed from the area.

Under their picture was an ad for Matt Johnstone-Summers from Liquid Property with the words;

As the flyer appeared in The Post, after being sent in by a reader. 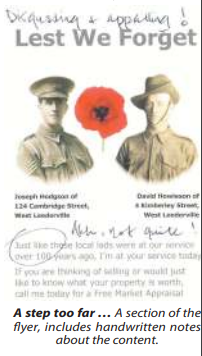 RSL WA CEO John McCourt then told Mornings, he’s gobsmacked that a property agent would link his work to the sacrifice of our diggers. 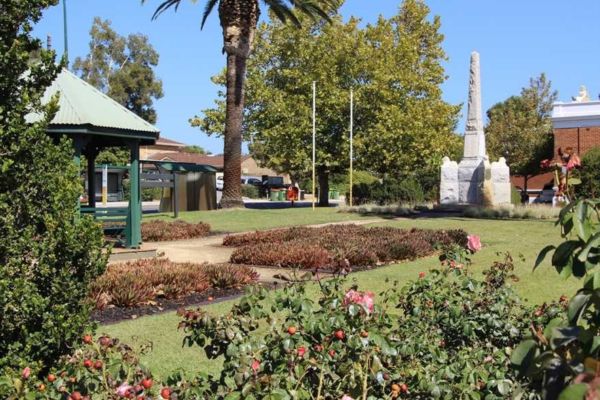