Mr Porter’s name and face are emblazoned on two buses – one owned by his campaign and the other being used as part of a “commercial arrangement” with company Australian Transit Group, which Mr Francis used to work for.

Mr Porter spoke with Gareth Parker to explain how the buses where acquired. 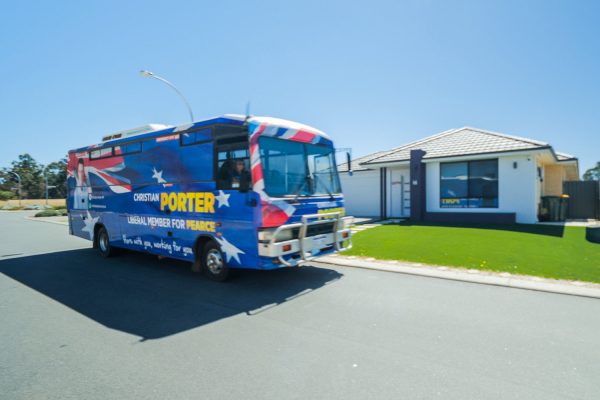