A man’s been shot 3 times by police in Yanchep.

The man was spotted acting strangely by two officers just after midnight, he was armed with a knife and ran away into nearby bushland.

He returned with the knife and a pole, the 37-year-old proceeded to confront the officers.

Both officers shot at the man.

Meanwhile, the verdict for the man alleged to have killed 3 women in the Claremont area in the 1990s will be known by next week.

Justice Stephen Hall will hand down his verdict as to whether Bradley Robert Edwards is responsible for the murders of Sarah Spiers, Jane Rimmer and Ciara Glennon next Thursday.

Mr Edwards has pleaded not guilty to the killings.

Commissioner Dawson says the outcome is a long time coming. 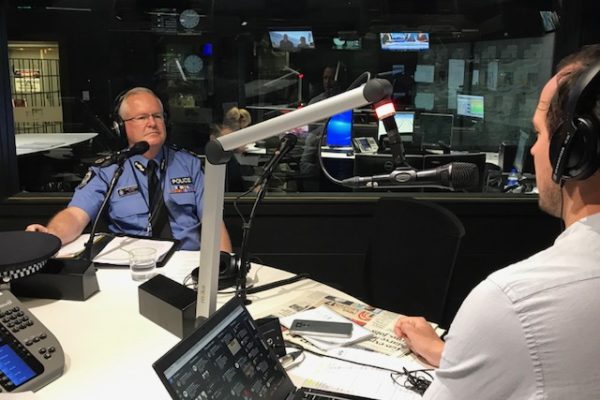