Police are reviewing the case of a woman forced into hotel quarantine even though she’d previously been allowed to isolate at home with her young child.

Sara needed to go to the eastern states two months ago for medical reasons – she was allowed to stay at home on her return, but after another trip east in recent days, she was sent to a hotel and isn’t allowed to see her two-year-old daughter.

Acting Police Commissioner Gary Dreibergs says while her case will be reviewed, people need to understand they have around 1400 people in hotel quarantine at any one time.

Meanwhile, Mr Dreibergs says the case against a man accused of fatally bashing an elderly man out the front of his East Cannington home – remains a priority.

84-year-old Emiliano Lombardi was badly beaten outside his property on August 16, dying in hospital from his injuries this week.

A 28-year-old man – charged over the alleged assault – is expected to have his charges upgraded at his next court appearance.

Mr Dreibergs says the new charges will be a significant step-up from his previous charges. 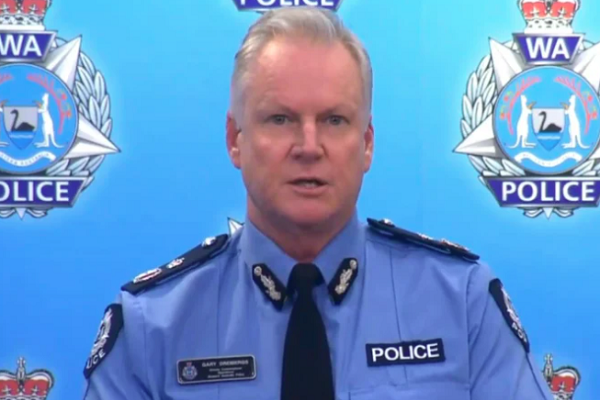