Neil Mitchell not backing his Dees

Only 5% of the 53,000 tickets sold to AFL members for the Preliminary Final between West Coast and Melbourne at Optus Stadium were taken up by Demons members.

Melbourne broadcaster, and Demons fan, Neil Mitchell says he wants the Stadium full but Melbourne fans to be involved at the stadium in some way.
“How do you know we’re not sneaking in 15,000 supporters dressed as West Coast supporters in there and then they’ll show their red and blue flags,” Mitchell jested.

“I don’t think we can win, no,” the staunch Dees supporter told 6PR Breakfast.
“I’d love us to win and get through to the Grand Final and playing Collingwood, but I think it’ll be a Richmond, West Coast Grand Final.”

If West Coast and the Pies make it, the Eagles will be gaining another supporter at the big dance.

“If you’re playing Collingwood, I might have to because I could never support Collingwood, but I’ll tell you what, if you do make it though I’ll campaign to get pictures of your fans live from Perth onto the screen at the MCG,” Mitchell told Steve and Baz. 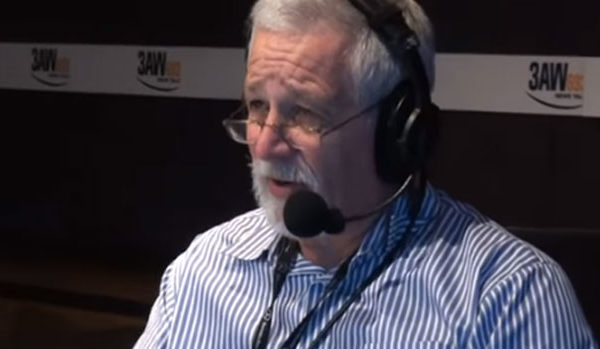