Jobs drive slammed: ‘Isn’t that an admission that regional WA is in deep trouble?

The border battle between the Federal and state governments is set to continue.

The Prime Minister is pushing for the states to adopt clearer rules about when borders should be open and shut at today’s National Cabinet meeting.

Scott Morrison argues the uncertainty is killing the economy.

But both Western Australia and Queensland are almost certain to reject the move.

The Federal Member for Durack in northern WA Melissa Price told Gareth Parker on Mornings there needs to be a clear plan out of the hard border situation.

“Let’s start having that conversation so that business owners, especially in the north-west, they can start planning themselves,” she said.

“People that have been to Broome and Exmouth will say, ‘oh it’s so busy what’s she talking about’, JobKeeper is masking a lot of pain for those tourism operators.”

Ms Price has also slammed the State Government’s regional jobs push which was announced yesterday, saying it was an admission things aren’t as rosy as the government would have you believe.

“The State itself yesterday, with great fanfare, announced a jobs drive because they’re looking for 7,000 people to work within regional WA,” she said.

“Isn’t that an admission in itself that regional Western Australia is in deep trouble?

“I just want us to have an honest conversation about what;s really happening out there.” 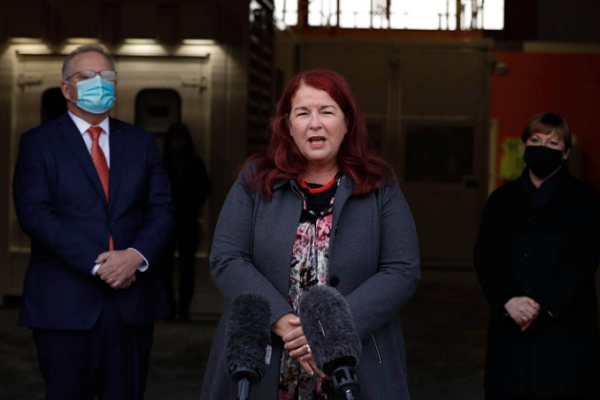