The West Coast Eagles have confirmed Nic Naitanui will need surgery after injuring his right knee in their win over Collingwood at the MCG on Sunday.

Naitanui only just returned from a left knee injury this season after being ruled out of season 2017, Eagles forward Josh Kennedy says the big man knew it wasn’t good news.

“Nic came off onto the bench and he knew straight away and then we all saw him after the game and he was pretty adamant he’d done it again,” Kennedy told 6PR Breakfast.

But Kennedy says it’s not the end for the Eagles without Naitanui and Scott Lycett and Nathan Vardy will be able to take on the ruck duties.

Plus, he tells us who is scared of flying. 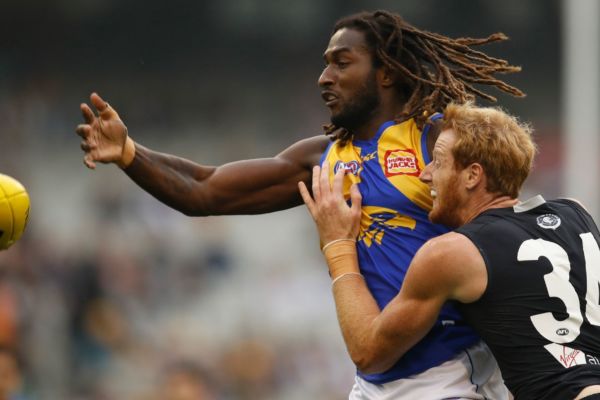