Josh Kennedy and his team were welcomed back to Perth in extraordinary fashion yesterday, heading from the airport straight to a sea of Gold and Blue at Langley Park to show tens of thousands of fans the Premiership Cup. And Kennedy says it was a great moment to bring the Cup home for the fans.

Family, fans and Justin Langer all played a big part in the Eagles success this season according to the Eagles goal kicker.

Kennedy spoke with 6PR Breakfast only days after the Eagles Premiership win and shared how he and the team have been celebrating and more importantly, what happens now.
“I’m contracted, we’ll be there next year so I’m really looking forward to it and hopefully my mate Mark LeCras is there as well,” Kennedy told Steve and Baz.

“He’s got a few decisions he wants to make now, like I’ve said, we’ve finally got a Premiership which is something that we’ve gone through probably 13 or 14 years going ‘what if’ and we’ve finally done it. It’s something now that hopefully he reflects on, I’d love for him to kick on but it’s his call now, he’s had a wonderful career, he’s got a flag,” Kennedy says of his fellow forward.

“Hopefully his wrist is ok after it all gets repaired.” 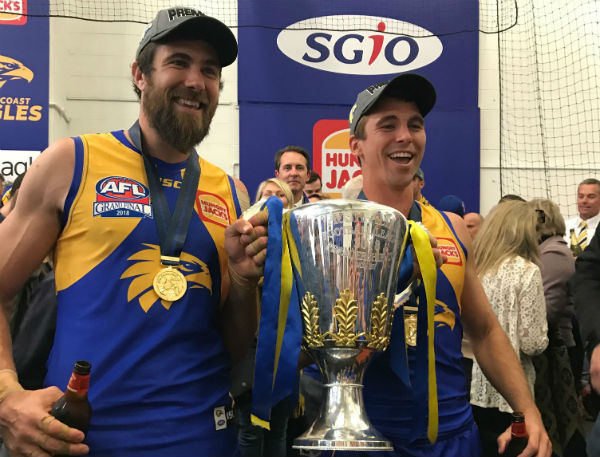