‘He was very disappointed’: Hawke lamented state of the nation before death

Former Australian Prime Minister Bob Hawke was ‘very disappointed’ with the state of politics in Australia and indeed all western democracy before his death according to his widow and biographer Blanche d’Alpuget.

Ms d’Alpuget was speaking with Gareth Parker about the release of her updated biography Bob Hawke: The Complete Biography. She said because Mr Hawke was an optimist, it was the first time in his life where he believed we were in a ‘dark period’ politically.

“Back then, [when Mr Hawke was in parliament] there was a much more decent and friendly relationship across the aisle between the government and the opposition,” she said.

“They often were friends outside of Question Time, although they’d be fighting each other during Question Time.

“That’s what real politics is, there’s a decency and a recognition that everybody is trying to do the best for the nation.”

Ms d’Alpuget also confirmed she and the family have been invited to the official opening of Bob Hawke College for the new school year, but unfortunately she can’t make it. She’s also confirmed there will be a bronze statute of Bob at the college. 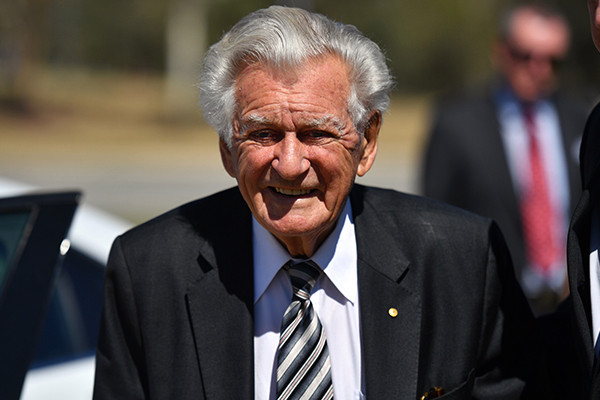