“He did get it wrong” Josh Kennedy

Andrew Gaff will learn his fate tonight when he faces the AFL tribunal in Melbourne after his hit on Fremantle’s Andrew Brayshaw during the Western Derby on Sunday sent the teenage Docker to hospital with a broken jaw.

Experienced forward Josh Kennedy told 6PR Breakfast Gaff’s reaction was out of character and he’s very upset about what he’s done.
“It’s really, really out of character I think, he’s obviously been crucified a bit, but he did get it wrong,” Kennedy says.

Gaff won’t be the only one out of the game, Kennedy says his return is still weeks away as he recovers from a shin injury.

“I’ll start doing some training this week. I won’t play this week and it’ll be a bit of a push for next week as well. She’s still been a little bit sore,” Kennedy told Steve and Baz. 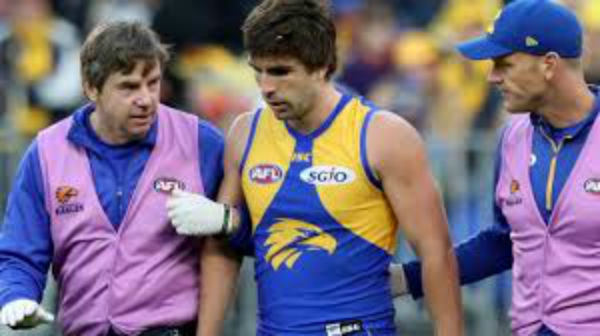