A state of emergency has been declared in LA as riots continue across the United States.

Nine News’ Alexis Daish is there and told Gareth Parker on Mornings police choppers are now flying overhead in Santa Monica. She says LA is under a curfew and there are still some loiters left on the streets here but police have really ramped up their resources.

She says tensions boiling between these looters and police officers on the ground but the question remains whether things turn violence once the sun goes down.

The scene outside the White House with moments til curfew kicks in. @9NewsAUS pic.twitter.com/ICayMewMzj 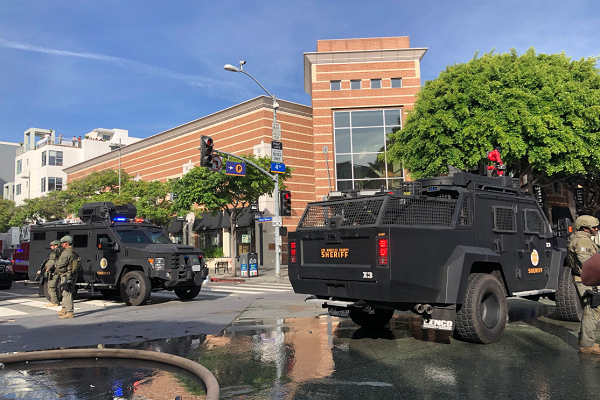