6PR Mornings host Gareth Parker says an inquiry into the bushfire crisis enveloping Australia is inevitable and that it’s time to end the divisive nature of the discussion with regard to fire plans.

“Camp one says that the bushfire crisis enveloping south eastern Australia is because of climate change and it is the federal government’s failure to implement effective climate change policies that is the reason the bush is burning, and that all those homes and lives have been lost.

“The implication – and it’s a false and faulty one – seems to be this: that if only we had made deeper cuts to carbon emissions, or perhaps kept a carbon price then this bushfire crisis wouldn’t have happened.

“Well, here’s the point.  Both camps are right and both camps are wrong. The point is that all of those factors are in play here.”

Gareth Parker says he thinks that a national approach should be implemented and that the time to unify is now.

“There should be clear protocols so that when a major bushfire event happens, the process to call in additional resources, like calling in the army, is codified and automatic, not just left up to the competence of which ever political operation is current occupying The Lodge.

“But we have been warned for years that this is our new normal. You can’t pretend that these warnings aren’t happening or that the bush isn’t getting drier, and more dangerous.

“Seasonal conditions play a role too, and equally you can’t pretend that arson isn’t a serious problem.

“Or that we don’t have a problem with fuel loads, and land management practices, state land, local land, privately held land.”

“The key here is to unify, back the people dealing with the current crisis, get the fires put out and hope that conditions improve sooner rather than later.” 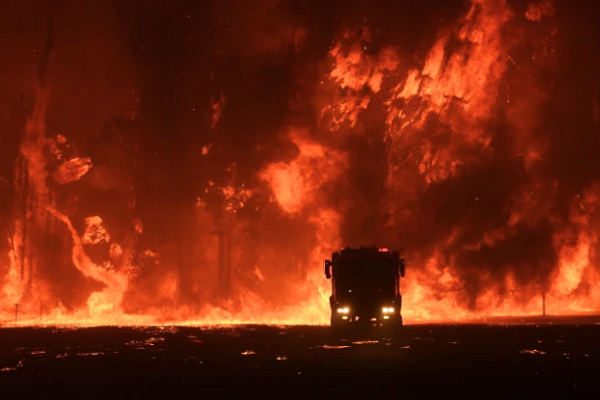