The Fremantle Dockers head up to Darwin this weekend to face the Melbourne Demons, they will be without big names Nat Fyfe as well as Aaron Sandilands, but they’ll be celebrating a big milestone.

Stephen Hill will become only the tenth Docker to reach the 200-game club milestone on Saturday and Brandon Matera says it’ll be great if his brother Bradley gets to play alongside him.

Matera recently played for Fremantle’s alignment club, Peel Thunder, and this week we heard the news that East Perth are cutting their ties with the Eagles.

“It’s probably each to their own, but from my experience back down there (Peel Thunder), I enjoyed it, I know all the other boys do as well. But when I was over at the Gold Coast, we just had a Gold Coast team as well and that works,” Matera told 6PR Breakfast.

“Since the Dockers have gone there (Peel), they’ve had a bit of success,” he added. 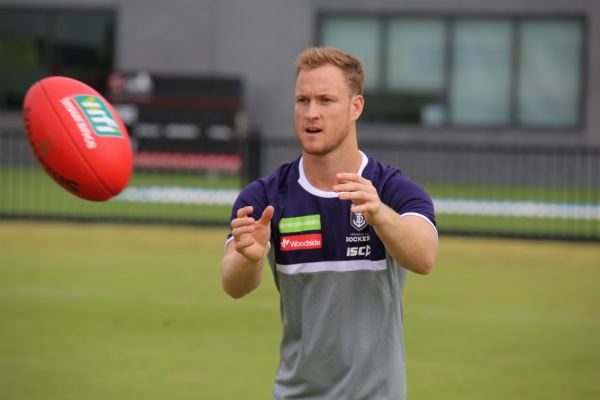