Does the State Government’s emergency legislation interrupt the ‘fair process’ Clive Palmer is entitled to?

The President of the West Australian Law Society says the emergency legislation being rushed through parliament by the McGowan government – to stop Clive Palmer suing them – is unprecedented.

The State Government has proposed a bill – which they claim will put a stop to the mining magnate seeking $30 billion in damages over a state agreement dispute.

Nick van Hattem told Gareth Parker on Mornings the Queenslander’s admitted hobby of litigation is a relevant factor to the government’s extraordinary legislation. 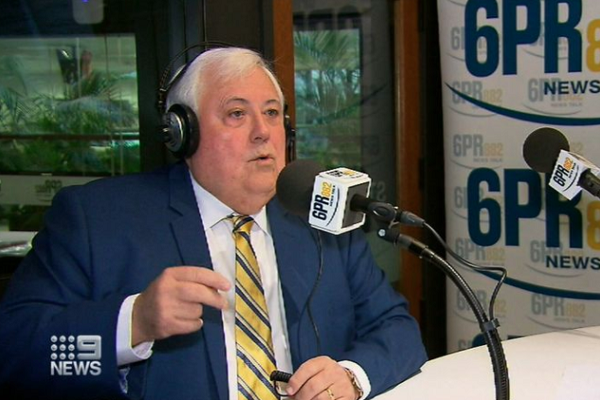