Sydney Swan player Dane Rampe took to the skies on Friday nights clash against Essendon, but it wasn’t a high flying mark that made the highlight reel. Rampe was seen climbing the goal post, in what looked like a scene from a Spider-Man movie, as Essendon’s David Myers launched an after the siren shot at goal from 60m out.

The kick didn’t make the distance but Essendon players Jake Stringer & Cale Hooker debated with the on ground umpire Andre Gianfagna, demanding what under the laws of the game, should have been a free kick from the goal line.

Hear Karl’s dig on Dane & his & Hase’s thoughts on the incident as a whole. 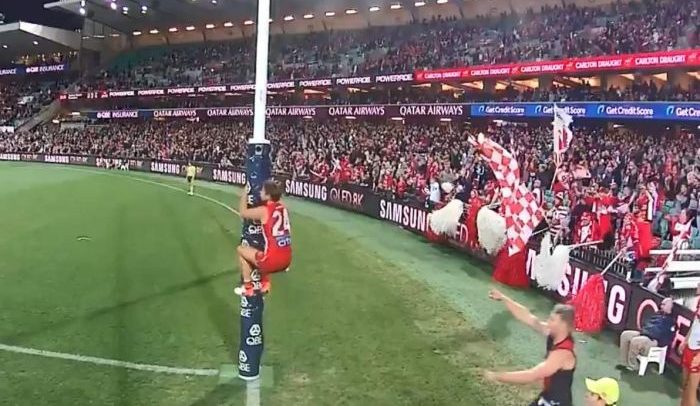