One person has been killed and at least two others injured after a dramatic incident on Bourke Street, Melbourne.

A knife wielding man has been arrested and is under police guard in hospital. He’s in a critical condition after being shot by police.

Police have since confirmed three people were stabbed, one fatally.

Blake Johnson from Channel 7 brought us the latest. 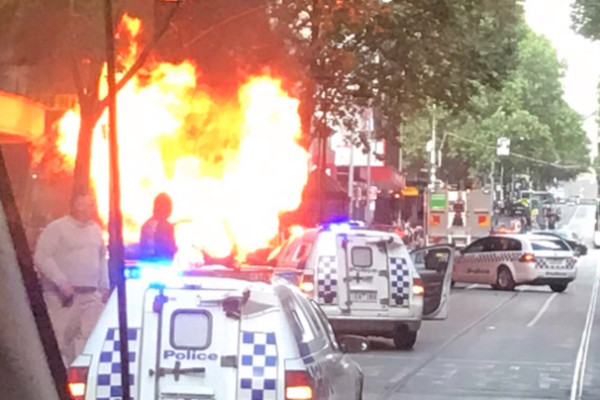