Injured Docker Andrew Brayshaw visited his teammates at the club on Wednesday, only days after undergoing surgery on his jaw after a fiery Western Derby.

Fremantle forward Brandon Matera says Brayshaw is a bit sore but on the road to recovery.

“He knows that we’re all there for him and he’s travelling pretty well. He’s going back to Melbourne for a couple of weeks and just rest up and he’ll be back,” Matera told 6PR Breakfast.

Many players were fined for their involvement in melee’s after an Andrew Gaff punch to Brayshaw sent the Docker to hospital, but Matera says coach Ross Lyon was trying to defuse the situation at three quarter time.

“He was trying to calm us down a little bit and say we don’t want to do anything stupid and get reports or suspensions, we’ve got three weeks to go,” Matera says.

Matera brought his dog Pablo into the 6PR studio where Prime Minister Malcolm Turnbull was also a guest. 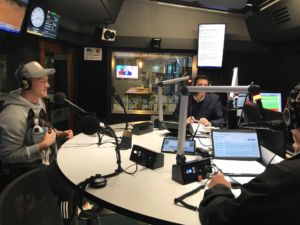 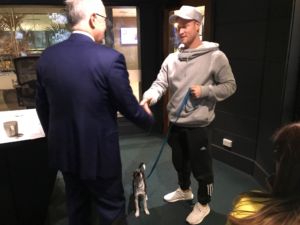 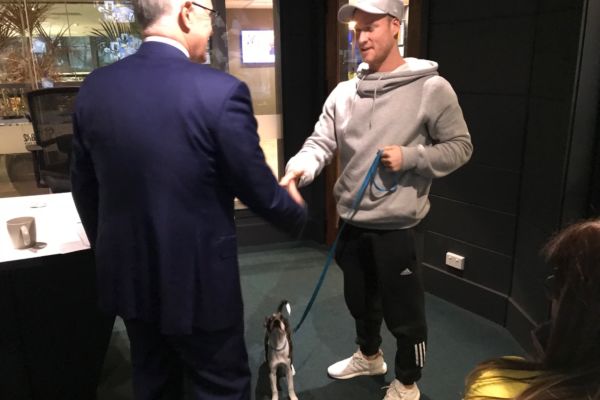