Fremantle recruit Jesse Hogan has returned to the training track for the first time since it was revealed he failed to train on Sunday due to excessive drinking, and is dealign with issues related to clinical depression.

Dockers coach Ross Lyon has told people to “back off” with questions about Hogan’s off-field behaviour, and playing future.

Channel Seven’s Ryan Daniels was at Lyon’s conference and joined Mornings with Gareth Parker to discuss the comments. 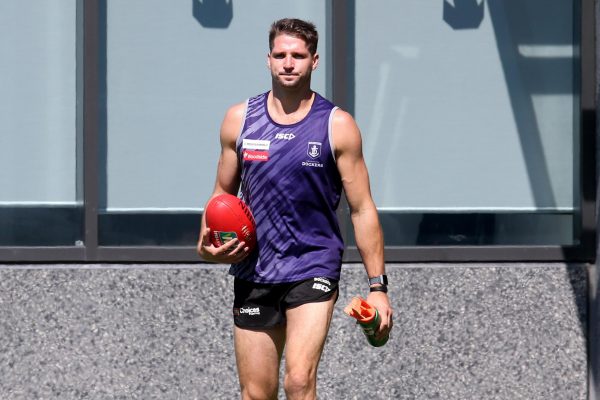