Two Australian journalists have been dramatically evacuated from China, after authorities tried to question them.

Five days ago, Financial Review journalist Michael Smith and the ABC’s Bill Birtles received a midnight knock on the door from Chinese police saying they were banned from leaving the country and would need to questioned over a national security issue.

The pair managed to flee to the safety of Australian diplomatic compounds and were only allowed to leave the country after tense negotiations.

Arriving back in Sydney this morning, Mr Smith says its been a stressful ordeal Mr Birtles says China’s move is disappointing, but he’s happy to be back safely.

Executive Director of the Australian Strategic Policy Institute Peter Jennings told Gareth Parker on Mornings there would be long term consequences for China if it’s seen to be impacting the democratic processes of other countries.

He said the message for other Australians in China is that you have to be very careful. 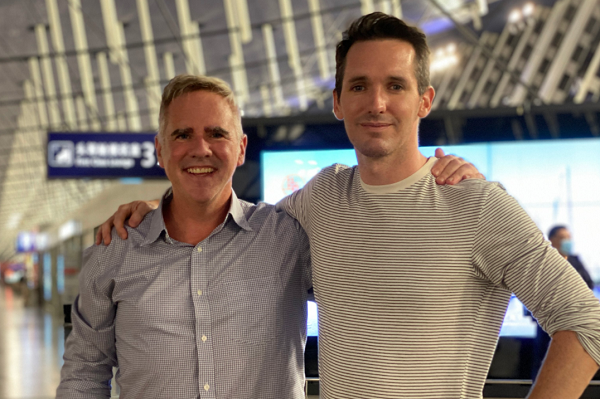