Australia’s “longest electric highway” is set to be operational by 2024, with 90 charging stations to be installed at 45 locations across the state.

The stations will be set an average of 168 kilometres apart from Esperance to Kununurra, and east to Kalgoorlie.

Energy Minister Bill Johnston said the new network will alleviate concerns about having enough charge to get from one location to another while touring the state.

“Given that most of these electric cars have 300 kilometre or greater range, people can be assured that they can get from anywhere to everywhere.”

Press PLAY to hear more about the action plan

A full map of locations can be found below. 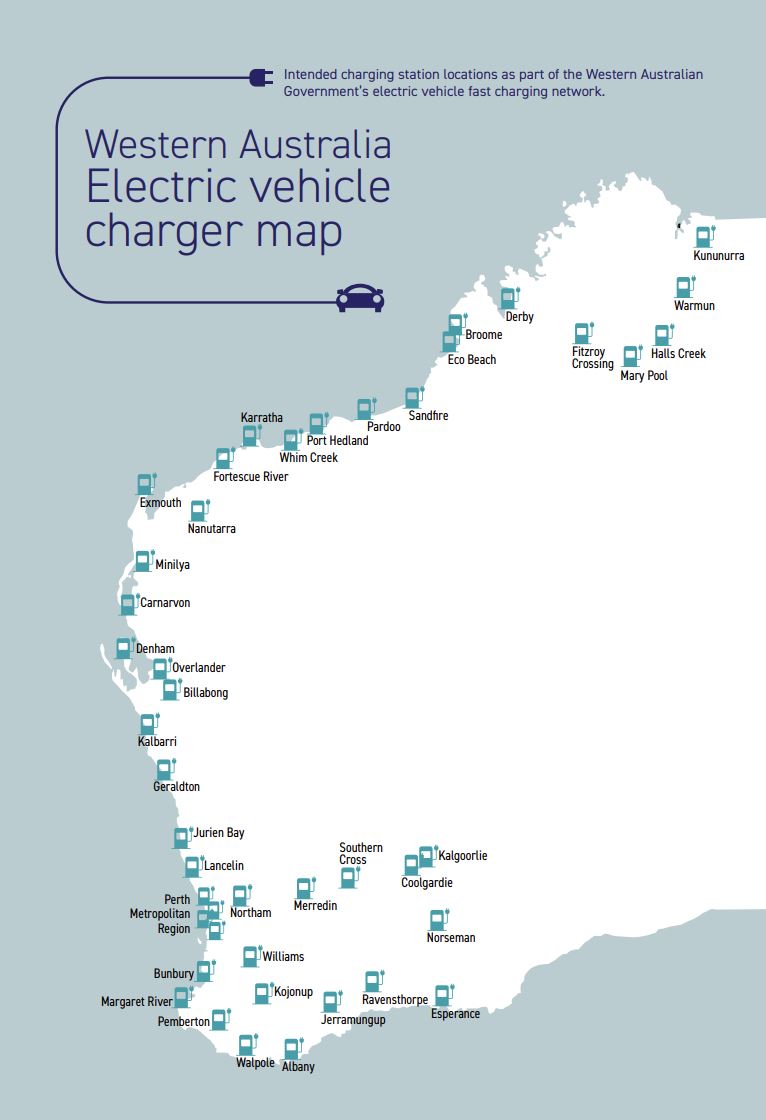