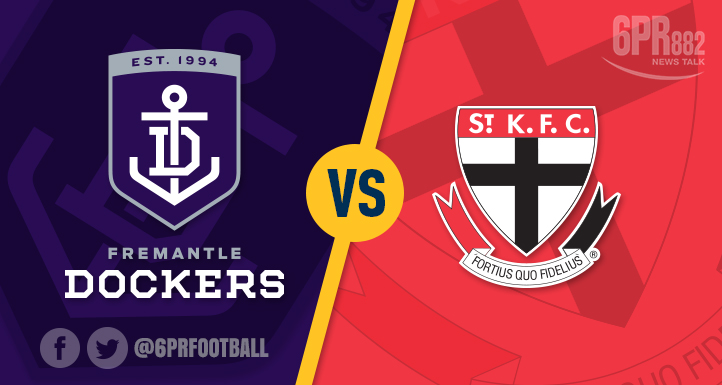 Fremantle has made a spectacular comeback after trailing by 36-points at quarter time, the Dockers surged over the Saints and fought on in a nail-biting fourth quarter for a 6-point win.

Fremantle had everything going against them an ankle injury to Hayden Young in the first quarter, six goals down at quarter time, then big man Sean Darcy cops a knock from Ben Long that forces him from the ground with concussion in the second quarter.

Ox says Ben Long is likely to get two – three weeks for this knock on Sean Darcy. What do you think? #AFLFreoSaints pic.twitter.com/xv8V54tNun

But the Dockers held the Saints to only one goal in the second term, scoreless in the third, but then both teams were up for the fight in the fourth quarter.
With scores leveling with only a couple minutes to go, Banfield fed the ball to Lachie Schultz who was able to kick the winning goal, 12.7 (79) to 11.7 (73).

It was a spirited spray from the coach that got the Dockers back on track after a one-goal first quarter.

“Justin Longmuir needs this team to go long, because the short handballing game, they can’t even get it out of defensive 50 ” – Shane
“He looked angry in the huddle” – Ox#AFLFreoSaints ⚓8 😇44

Schultz and Nat Fyfe finished with two goals apiece and while Michael Walters did well with his 26 disposals, he started by kicking the ball in the wrong direction and gave away a 50m penalty that gave Zak Jones the chance to kick the goal that levelled the scores in the fourth quarter.

Hear how the game played out.

Former Saint, Blake Acres made his debut for Fremantle against his old side and he says it was a good way to finish off their time in the Queensland hub.

“I feel like we’re building some good momentum now, obviously we didn’t start the way we would’ve liked in the hub, we wanted to finish off on a good note and get the last two wins, which we have,” Acres told 6PR after the win.

Justin Longmuir registered his second win in as many weeks at the helm of the Fremantle Dockers. Hear what he had to say about his sides come from behind performance.