A Baldivis woman has recounted the terrifying moment her puppy was threatened with a fishing knife at a Secret Harbour dog beach.

She claims the man launched at Banjo with his fishing knife in a stabbing motion and threatened to cut his throat.

“I’m still shaken from it, and still in shock, I can’t get it out of my mind,” she said.

Terrified Ms Caruana grabbed the dog and yelled “what are you doing? we are at a dog beach!”

“He motioned that he was going to slit his throat again.”

“All I could do was drag Banjo away,” she said. 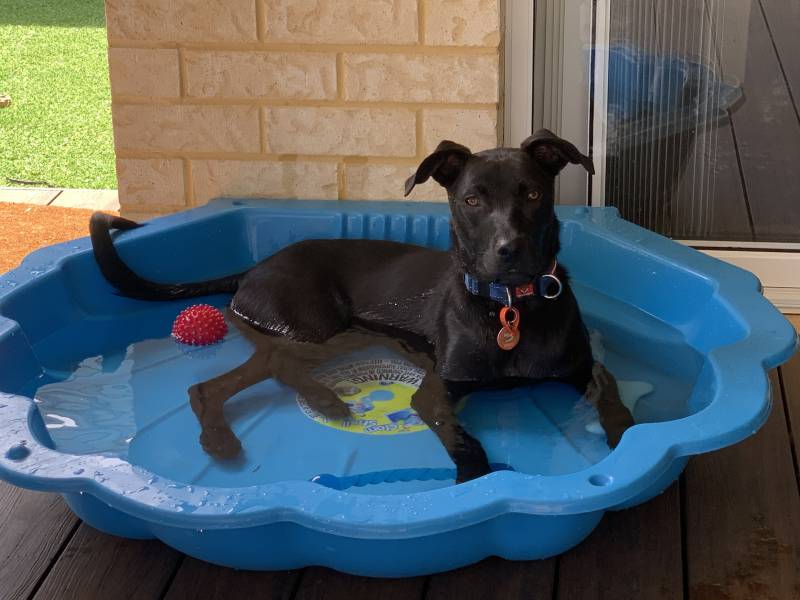 She claims she contacted local police and rangers at the City of Rockingham but both said there was nothing they could do.

“Both parties are saying it’s the other ones issue,” she said.

“I feel like it’s just been handballed back and forth constantly.”

The ordeal had her so shaken, she hasn’t been able to return to the dog beach since.