What WA drivers should know about merging 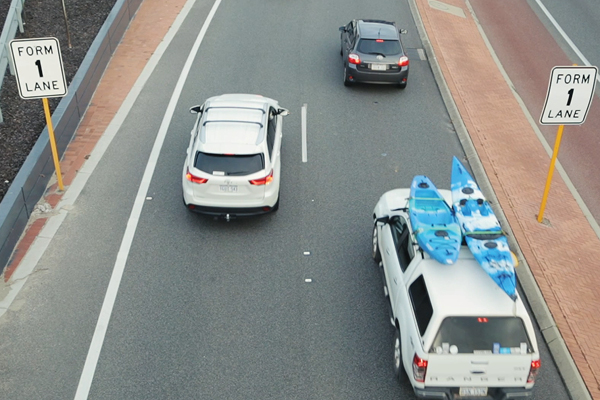 Whether it’s a car, truck or motorcycle, those who weave in and out of fast-moving lanes on freeways competing for space on the road, merging into traffic can make other drivers nervous.

Accelerating to get in front of other cars or finding yourself boxed out by another road user can be a trigger for road rage and cause crashes . It also disrupts the general flow of traffic.

It’s an alarming fact that many Western Australian drivers don’t know what the rules are around merging and might be putting themselves – and others – at risk. While merging lanes can be a source of confusion and frustration, being educated about the basics and knowing the rules makes all the difference.

It’s never too late to learn.

Behind mobile phone use and drink driving, drivers not being able to merge is considered the third biggest safety issue on our roads – a sobering thought.

So, what do you need to know about merging?

Always remember when preparing to merge to use your indicator to signal your intentions to other drivers – don’t assume that they will know what you intend to do next. Use your mirrors and look for a gap in the traffic.

As the merging driver you should safely match the speed of the traffic on the road you are merging into. Never speed up to get ahead.

The rules are straightforward, it’s time to learn them

It’s imperative to keep a safe distance at all times on the road, especially when merging. It’s important to take turns to merge if there are long lines of merging traffic.

Similarly, where two lanes merge into one, the vehicle in front has the right of way. Remember: patience and consideration go a long way.

When a lane ends, the vehicle in front has right of way. It’s a lesson for all drivers (it’s not a race) be patient and courteous. If there’s more than one lane, and the one you are in ends, give way to the vehicles in the lane you are moving into.

Familiarise yourself with the rules – and put them into practice – to make your drive a safe one.

For more information on merging, watch the full clip below:

For a full list of rules for merging, head to roadrules.rsc.wa.gov.au.