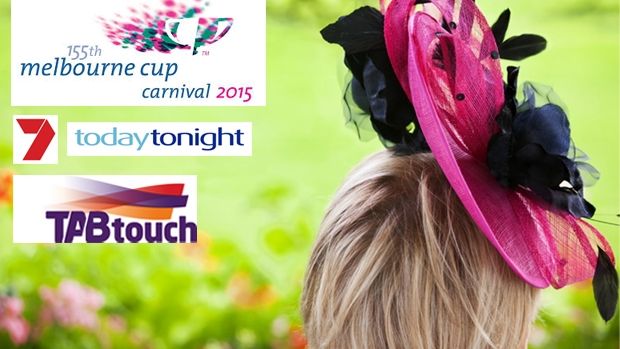 It’s the race that stops the Nation…

Thanks to TABTouch, 6PR and Channel Seven are sending ten couples to the Emirates Melbourne Cup!

Watch Sevens Today Tonight from Friday October 16 for the Melbourne Cup Legend, and get ready to call the next week day morning to be a winner.

Win, and your Emirates Melbourne Cup package will include: return airfares from Perth to Melbourne flying Qantas, airport transfers, 2 nights’ accommodation at the Vibe Savoy in Little Collins Street Melbourne including breakfast, tickets to ‘The Precinct’ outdoor enclosure at Flemington Race Course with sensational Lawn Stand tickets, and a Myki Travel Card to get you to Flemington and back on Cup Day.

Think this prize is value?  Download the TABtouch app today, and look out for the October Group One Money Back Special… now that’s value!

The following addendum document stipulates the 6PR competition rules for all participants and applies specifically to 6PR’s ‘Win one of ten’ 2015 Emirates Melbourne Cup Trips for two Competition.

The competition is sponsored by TAB Touch and Channel Seven Perth.

The competition runs from Friday 16 October to Friday 30 October, 2015

There is a total of ten major prizes.

Each prize consists of a trip for two to Melbourne for the 2015 Emirates Melbourne Cup including; Qantas return economy airfares departing Perth Monday 2 November, 2015 and returning to Perth on Wednesday 4 November, 2015, airport transfers, two nights’ accommodation for two people staying at the Vibe Savoy Melbourne, 630 Little Collins Street, Melbourne, two entry tickets to the 2015 Emirates Melbourne Cup, and two tickets in ‘The Precinct & Lawn Stand’ area, as well as a pre-loaded Myki Travel Card for transport to Flemington from Vibe Savoy Melbourne.

To enter, listeners must watch for the Melbourne Cup Legend shown during Channel Seven’s Today Tonight weeknights on Channel Seven Perth from Friday 16 October until Thursday 29 October 2015.  Then they must listen to 6PR’s Breakfast Program between 5.30am ? 8.30am the following weekday morning (Monday 19 October to Friday 30 October 2015) and be the correct eligible caller on Ph: 9221 1882 with the correct answer to become one of 10 winners.

Only one entrant per household permitted over the course of the competition.

–  The ‘Promoter’ means the company that is promoting this competition, which will be Radio 6PR Perth Pty Ltd, trading as Radio 6PR, (‘Radio 6PR’) a member of the Fairfax Radio Network