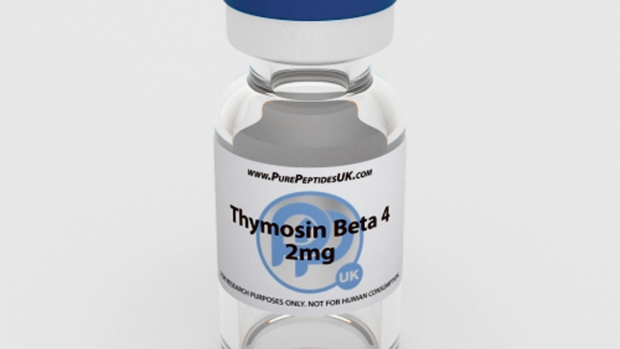 The World Anti-Doping Agency claims it has found abnormally high amounts of thymosin beta 4 ? the substance Essendon players are accused of taking ? in the frozen urine samples of two players from the Dons’ 2012 list.

In a piece of new evidence outlined since the AFL tribunal cleared the 34 current and ex-players of receiving thymosin beta 4, WADA said the samples from two players suggest external administration and argued that this result confirmed the substance sports scientist Stephen Dank injected into players was TB4.

WADA’s brief says that the urine samples had been sent to a Cologne laboratory ? a cutting edge testing lab – which was completing follow up research and analysing the samples to confirm the significance of the finding, which will be downplayed and fiercely contested by the legal teams representing the 34 current and former players.

In a preliminary summary of its case, which has been distributed to all parties in the case, WADA said Cologne had recently retested the samples of 27 Essendon players, whose urine was collected between December 2011 and August 2012 and then stored.

But because TB4 is an ‘endogenous’ substance – meaning it occurs naturally within the body ? it has what WADA says is a brief window for detection, and the global drugs body was not optimistic of finding elevated levels of TB4 before it found what is says are abnormally high levels in two players.

Essendon said WADA had supplied ‘no supporting documents’ and that there were ‘real doubts’ about the significance of its claims.

‘Nothing that has come from the submission has altered my view or confidence in the players’ position,’ said chief executive Xavier Campbell.

‘It is clear that WADA does not know what the results mean. There were no supporting documents or evidence in the WADA brief and there are real doubts as to the significance of these claims.’

As an naturally occurring substance, TB4 is present in the blood, but experts say that urine testing is often a more accurate measure of what has been in someone’s system over a short time frame.

That TB4 is endogenous also represents the obvious avenue for the players disputing WADA’s suggestion that the ‘abnormally’ high amount suggests it had been administered.

WADA decided to send the urine samples to Cologne and re-tested following the AFL tribunal hearing, which found decisively against ASADA – the national anti-doping body – in the judgment that cleared the 34 players. The samples were understood to have been collected through normal testing of AFL clubs and players in 2011-12.

ASADA did not have the samples analysed for the presence of TB4 at Cologne, for reasons that are unclear. Sources said WADA, in its brief, offered no explanation in the brief for ASADA’s failure to have this testing information. Sources with a knowledge of the case said ASADA would come under attack in the upcoming hearing for a failure to present, or locate, such evidence in the first hearing.

ASADA’s case was a circumstantial one, without any test results to support its claims. ASADA’s investigation was also seen to have foundered due to ASADA’s unwillingness to travel to China, where the TB4 was allegedly sourced, and due to the failure to have key witnesses Shane Charter and Nima Alavi make sworn statements.

WADA’s appeal against the AFL tribunal verdict – slated to be heard by the Court of Arbitration for Sport from mid-November in Sydney – is a ‘de novo’ hearing, so either party can introduce new material, without needing grounds for doing so. It is effectively a fresh hearing.

Essendon has continually expressed confidence that the players will be cleared in the appeal, just as they were in the hearing that concluded on the eve of the season, freeing them to play after they took a voluntary suspension. The tribunal was not comfortably satisfied the 34 players were given TB4, but did not reach any conclusion about what the players were given. The tribunal cited the club’s lack of records in the judgment.

There is less information available, at this stage, on the testing for TB4, compared with human growth hormone and testosterone, which are frequently part of doping cases, such as those that have rocked international athletics in recent days.