Vegemite up for the fight

Vegemite has snapped back at UK’s Marmite and the English cricket team by taking out a full page ad in the popular newspaper, Mirror.

Mini jars of Marmite were handed out to the Ashes crowd to prove it’s better than Australia’s Vegemite. The Barmy Army style move has pushed the Aussies to retaliate with a typically Aussie reply. 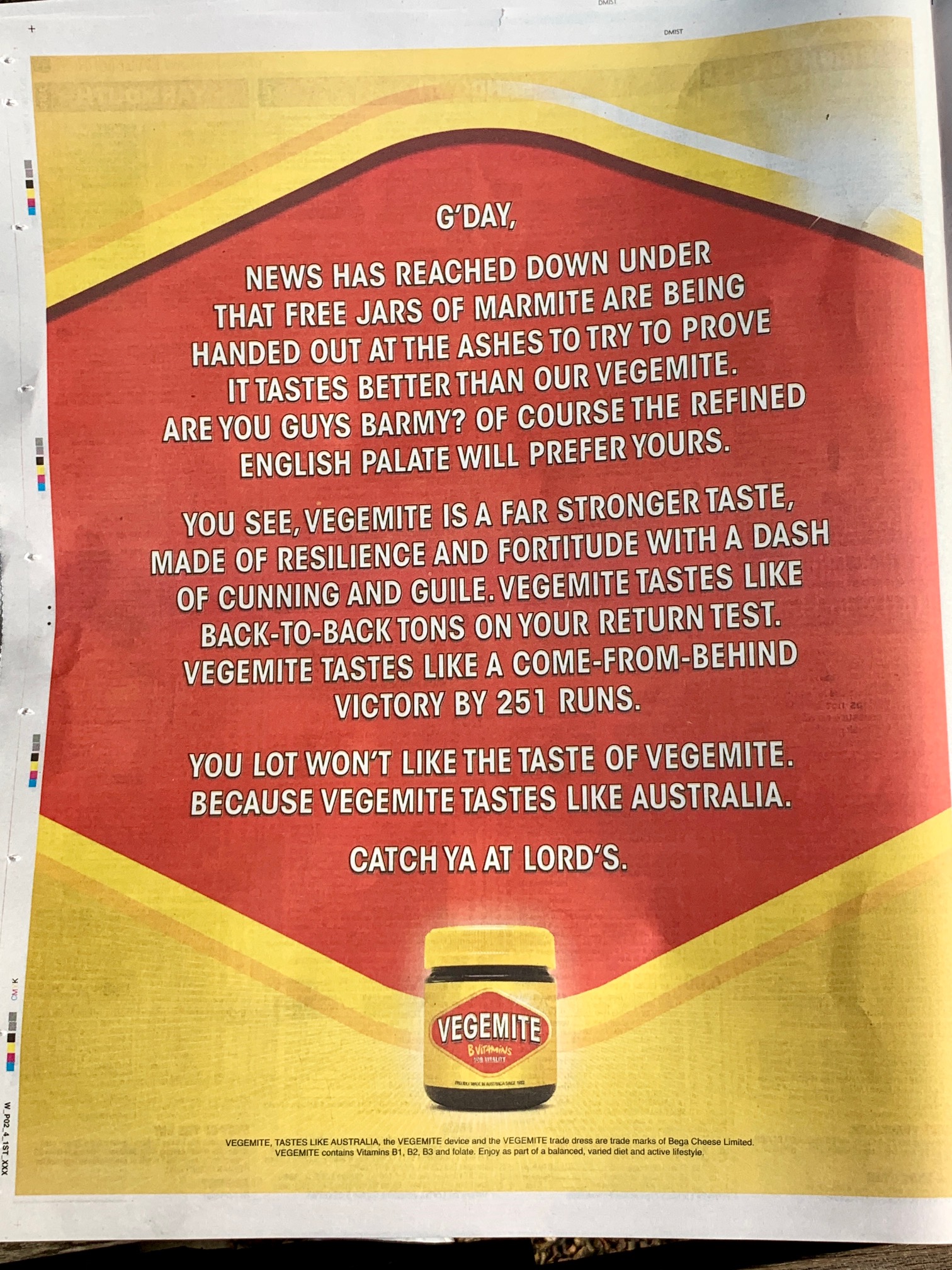 Steve and Baz spoke with the creator of the satirical advertisement on 6PR Breakfast.
“We just want to show our support for Australia and sometimes it’s nice to pick a bit of a fight with somebody who isn’t your target market,” consumer psychologist Adam Ferrier told 6PR Breakfast.