Traffic chaos after sink hole opens up in Perth’s north

A burst water main has caused a large sinkhole near Wanneroo Road in Wangara.

“It has taken out the footpath on Lancaster Road and a street light,” he said.

“They are continually pumping out water.”

Motorists are being urged to avoid the area as traffic begins to build up on Wanneroo Road. 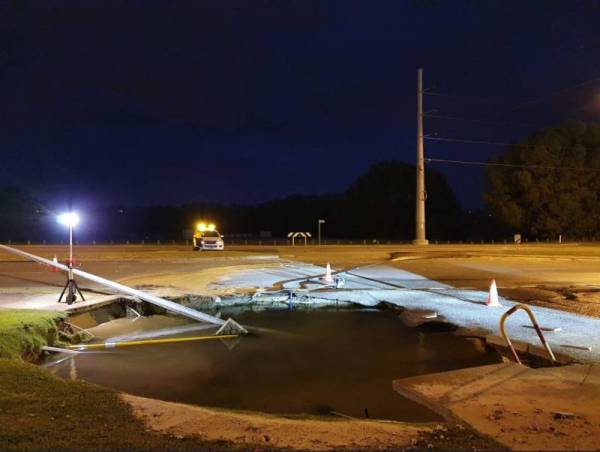 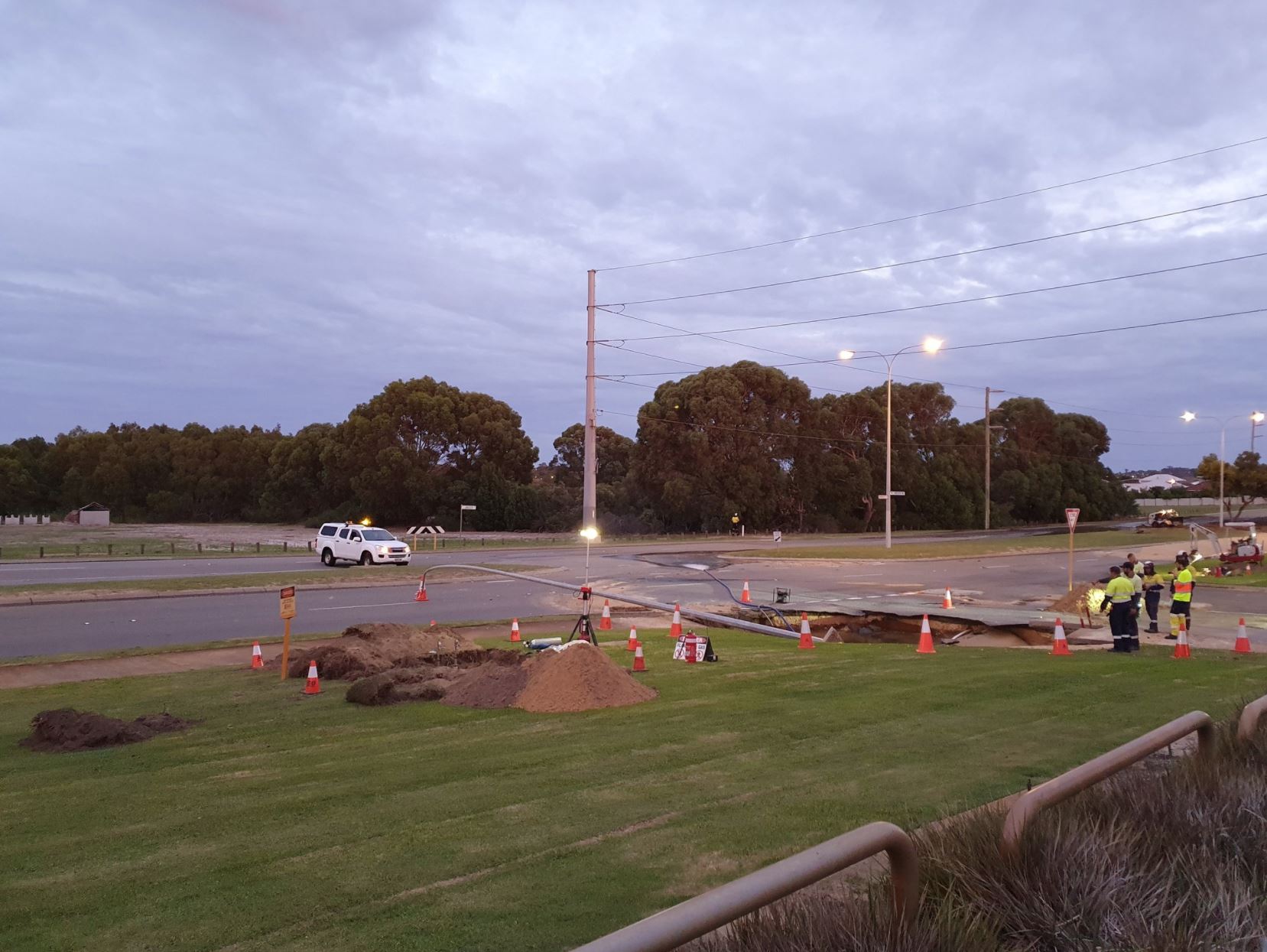 City bound traffic building up along Wanneroo Road as its diverted to avoid a large sinkhole which has opened up at the Lancaster Road intersection in Wangara. Detours are in place and a burst water main is to blame. @6PR #perthnews #perthtraffic pic.twitter.com/0FLD3LW42k