The Weekly. A lighter look at news 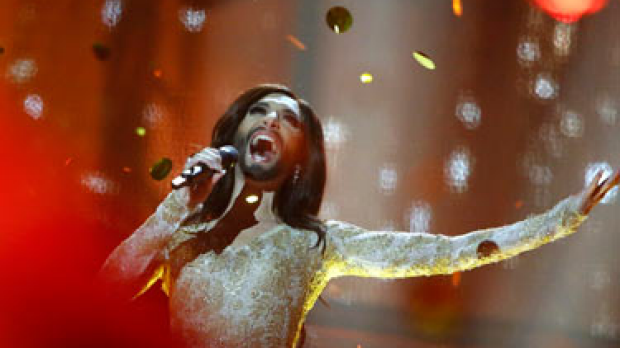 Well it’s been a nudge-nudge, wink-wink sort of week in the world of news and politics. And I promise this Weekly has more than just budget…we also have extra added fat kids.

And judging by the public backlash Treasurer Smoking Joe Hockey and Tony Abbott have a very hard sell ahead of them.

A massive drop in the polls greeted the government at the start of the week making the Coalition about as popular as fart in an elevator…actually it was worse than that.

Tony Abbott is now as unpopular amongst voters as Julia Gillard was before she was shoved out of office by Kevin Rudd.

Fortunately for Mr Abbott there is no one else in the government with any more popularity than him so he is pretty safe as PM.

As far as the sale of the budget goes the government is being helped by some mature commentary coming from senior bureaucrats and politicians.

The chief architect for the budget, the head of the Commission of Audit’s, Tony Shepherd, says that people need to stop complaining about the budget.

He says most of the protests are coming from ‘Narrow sectional interests’. And I agree with him… if by narrow sectional interests he means ‘only Australians who work, or study, or are on pension, or have a young family, or own a small business, or are planning to retire, or are looking for work, or  on  a fixed income, or a single parent’. Out side of that small group…everyone is very happy with it.

Bernardi attacked the budget for letting too many average people down because the cuts didn’t go far enough and the one of the few carrots offered by the government, the Future Science Research fund, should be scrapped. Because who needs science anyway.

Now staying with the idea of support we don’t need, little known MP George Christensen felt compelled to throw some perspective in to the debate and drum up support for his party’s budget. Mr Christensen thought tweeting an image of a child standing in a dirty street in Asia somewhere, accompanied with the message “Aussies should do a tour of Asia & live like locals to put these 1st world complaints re budget in perspective,”

What could go wrong with that? A lot.

Anyway the biggest faux pa came from The PM himself when he told Paul Murray on 6PR that he didn’t believe he broke any promises to the electorate when he delivered Budget-aggedon 2014.

He told Murray that the voters should remember that he made 4 key commitments before the election to scrap the Carbon Tax, stop the boats, bring the budget under control and build the roads of the Twenty First Century.

Unfortunately the listening and voting public seem to have a better memory than the PM. They recall a whole lot more promises including no pensioner will be worse off and no new taxes. More to the point that the state of the budget wouldn’t affect any pre election promises.

One glimmer of hope and relief was given from the Prime Minister though when he said we can expect tax cut in the future…probably just before the election.

I wonder how that will play out for him?

Moving on to other news

On the home front, a report in to the physical activity of children was delivered with Aussie kids receiving a near fail mark.

The results of the Active Healthy Kids Report Card showed that kids spent more time in front of a screen than they did outside.

Even more alarming was school boys were asked what the correct technique for kicking a drop kick 85% answered “ A button, A button, X Button, fire button”

In some good news from the report 65% of parents could identify where the closest park and playground was but only 20% took their children there.

Another story that technically was a week ago but slipped under the radar because of the two terror budgets was a World Health Organisation report that found that Alcohol is deadlier than AIDS.

And what a relief that must be for the 25 million people in Africa, including over half a million children under the age of 15, who are living with AIDS to know that they are better off than people in the Western world for a change.

Imagine if there was a way of protecting people from the scurge of alcoholism and drunk driving like the Anti-retroviral medications that some people get.

Seems sometimes the statistic can mask the reality.

And on that somewhat self indulgent note, that’s it for this edition of the Weekly and next week when the leader of the opposition actually says something of interest we will surely be able to have a crack at him.

But for now I just want to say thank you to all the bureaucrats, politicians and newsmakers for being just who they are.