Success at what cost? 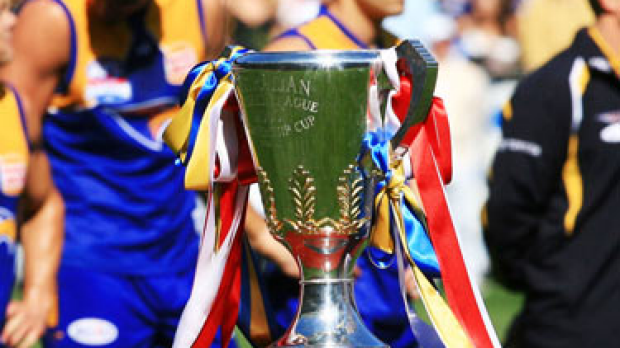 Once again a West Coast Eagles champion is in trouble with the law. Once again the very obvious questions swirl around the latest scandal.

What prompted Daniel Kerr to allegedly threaten to set fire to a house in Glendalough?  What was behind the reports from neighbours who heard aggressive shouting and furniture being smashed up?

What is happening to the life of a former West Coast great who was a Brownlow medal runner-up?

What was happening to a core group of West Coast players in the mid-2000s – and earlier – and are we still seeing the consequences of a flawed culture at the club being played out in incidents like the one that has Daniel Kerr behind bars awaiting release on bail?

It must be torture for his family and anyone still close enough to Kerr to care.

But he’s not the first from that Premiership to make headlines for the wrong reasons.

Adam Hunter had his house raided by organized crime squad detectives – and he’s been fined for cocaine possession.

Daniel Chick pleaded guilty in 2010 to importing steroids and the year before was the victim of a mysterious arson attack at his house.

Ben Cousins – well, we all know about Ben Cousins. Despite West Coast being warned about Cousins drug use in 2002, he continued to party and play footy hard until that party ended dramatically in 2007.

Michael Gardiner wasn’t in the 06 team, but his run-ins with the law and mateships with organized crime figures are well documented.

And mystery still hangs over that dark episode in Las Vegas when Chad Fletcher almost died during the Eagles post-season trip. In 2010, Fletcher was caught by police at Kings Cross in possession of cocaine.

This is just a bullet-point list of sad and sorry scandals that leave a stain over these players and the club that helped put them on pedestals.

Imagine what the real inside stories surrounding these players would read like?

As the Kerr criminal charges now play out very publicly – it’s worth pondering what West Coast – and West Coast fans – would rather have had at that time?

The tarnished success – because if we’re honest that’s what it has become – or a proud history not tainted by drugs and crime?

You tell me what means more in today’s modern, commercially-driven sporting world?

Former West Coast Eagle Daniel Kerr has reportedly been arrested by police, amid allegations of an alleged assault in Osborne Park.

The 31-year-old is in police custody, but is unlikely to face court on Wednesday due to an annual magistrates conference.

WA Police confirmed that detectives had charged a 31-year-old Wembley man with two counts of the endangering the life, health or safety of a person after an incident in Glendalough about 11pm on Tuesday.

St John Ambulance said they were called to an incident in Glendalough about 1am but it was deemed that no ambulance was required.

Comment has been sought from lawyer John Prior, who has previously acted for Kerr.

Kerr made his debut with the Eagles in 2001, recruited from WAFL club East Fremantle, and was part of the 2006 premiership team before he retired from football at the end of the 2013 season.

But Kerr’s career has not been without controversy.

In September 2002, he was involved in a brawl with team mate Ben Cousins at Club Bayview during end-of-season celebrations, which left Cousins with a broken arm.

Five years later, he was arrested and charged over the assault of a taxi driver and damage to the cab. He pleaded guilty and was fined.

And in 2007, Kerr was implicated in an apparent drug deal with convicted drug dealer Shane Waters, which related to a ‘big bag of horse chaff’ – details recorded in police phone taps in 2003.