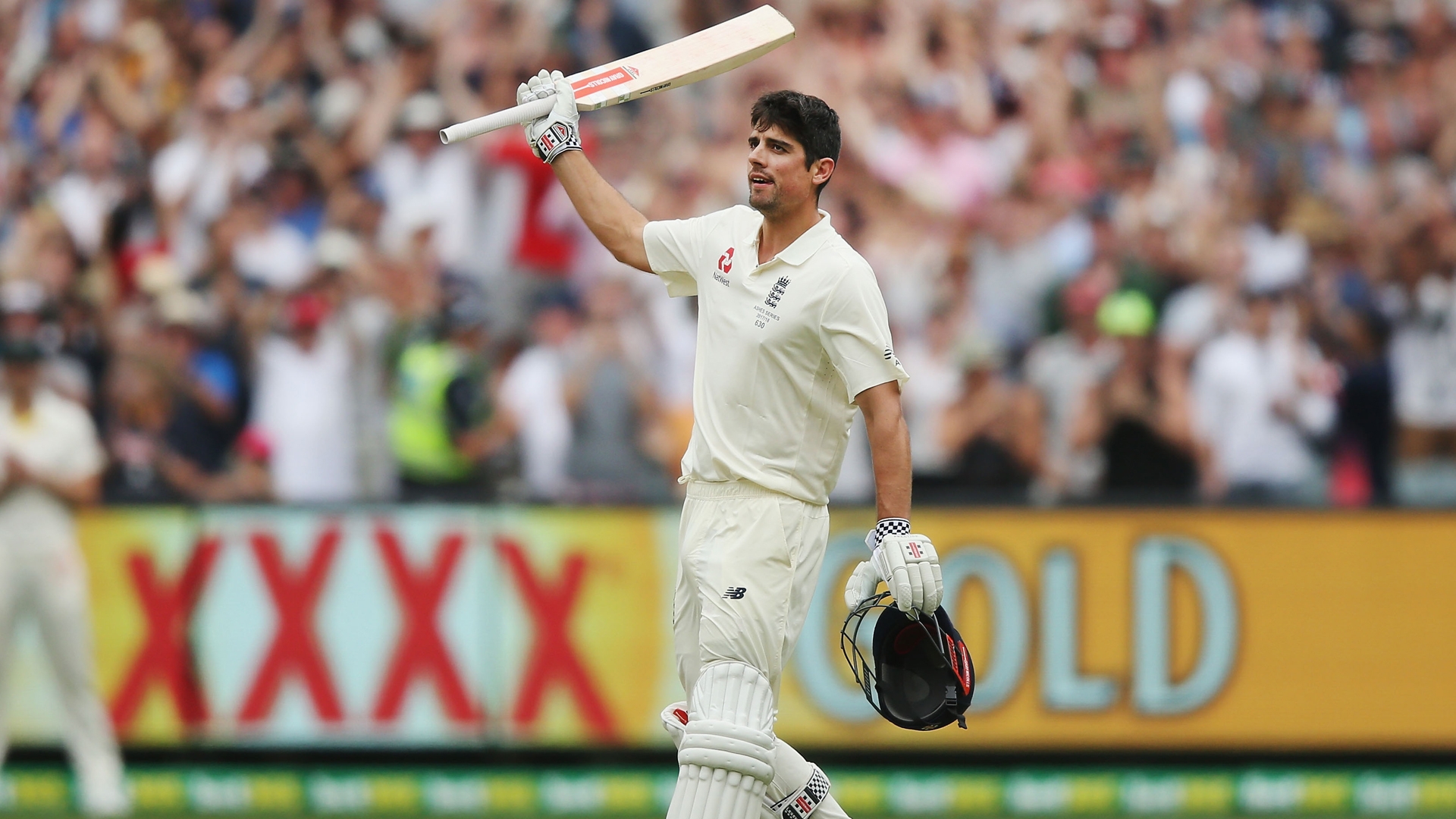 Alastair Cook brought up a brilliant double century to put England in complete control of the fourth Ashes Test against Australia in Melbourne on Thursday.

Under fire after England gave up the urn by falling 3-0 behind in the series, Cook continued to silence his critics in style on day three.

The England opener, unbeaten on 244 at stumps, helped the tourists to 491-9, leaving them with a lead of 164 runs and well-placed to win the Test at the MCG.

Alastair Cook has scored his fifth double century. He has been almost flawless throughout. English fans are going crazy at the MCG! #Ashes

He also passed Lara to move into sixth for the most Test runs in history.

Joe Root (61) had earlier failed to turn another start into a ton and Moeen Ali (20) failed again, but Stuart Broad (56) finally delivered with the bat.

England dominated thanks largely to Cook, with Josh Hazlewood (3-95) and Nathan Lyon (3-109) the pick of the Australia bowlers.

Resuming at 192-2, England were slowed down early thanks to tight lines by the hosts, who were rewarded as Root pulled Pat Cummins (3-117) to Lyon.

The England captain has now scored 35 Test fifties, but he has converted just 13 of those into centuries.

Dawid Malan (14) went lbw to Hazlewood, the left-hander opting not to review despite replays showing he got a huge inside edge on the delivery.

Jonny Bairstow (22) was caught behind sharply by Tim Paine off Lyon before Moeen came to the crease.

However, the all-rounder came and went aggressively, falling to Lyon for the sixth time in seven innings this series after a 14-ball 20.

For the second time in the innings, Steve Smith gave Cook a life, this time dropping the Englishman at square leg on 153.

209 for Cook – That is now the highest score for a visiting player on the MCG. Surpassing Viv Richards in 84/85 #Ashes

However, Broad – who has struggled badly with the bat throughout the series – produced his best innings.

Cook brought up his 200 in fitting fashion – a beautiful straight drive seeing him reach that milestone for the fifth time.

He put on a 100-run partnership with Broad, who was out to a terrific but controversial Usman Khawaja catch – with replays inconclusive as to whether he had held on – as England enjoyed another tremendous day at the MCG to take the Test away from Australia.