For the first time in its nearly 75-year history, Alfred’s Kitchen has added a chicken burger to the menu. Why? They want to celebrate their diamond anniversary by shaking things up and by all accounts the punters are loving it.

A tenderised chicken breast covered in a well seasoned panko crumb has plenty of crunch. I took the advice of the staff and added bacon and cheese and well… this combo did not disappoint. A garlicky aioli was the perfect condiment to this beaut burg. Of course add chips… there’s one size “a bag”. LOVE IT. 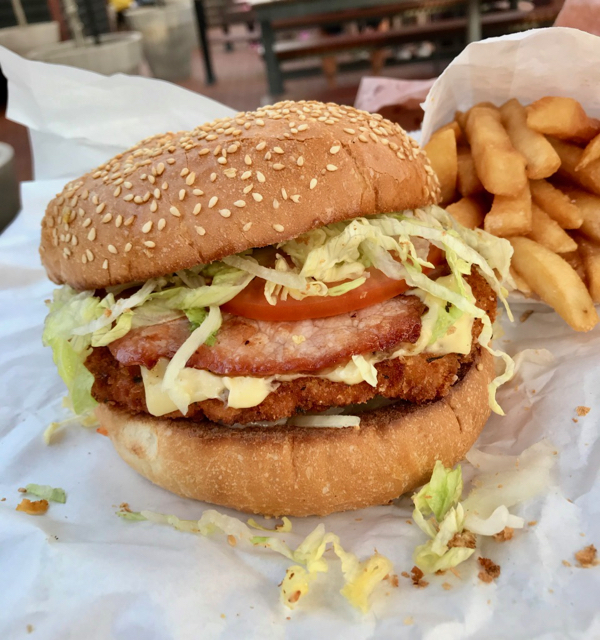 People from all walks of life travel from far and wide to have a burger by the famous fire pit. Whether it’s for a weekend lunch or something at 1am to soak up the booze – Alfred’s is there like a beacon of light. There’s always something to see – whether it’s a motorcycle group on a ride or a V8 car club on a cruise… and my favourite thing of all to watch – late night shenanigans. 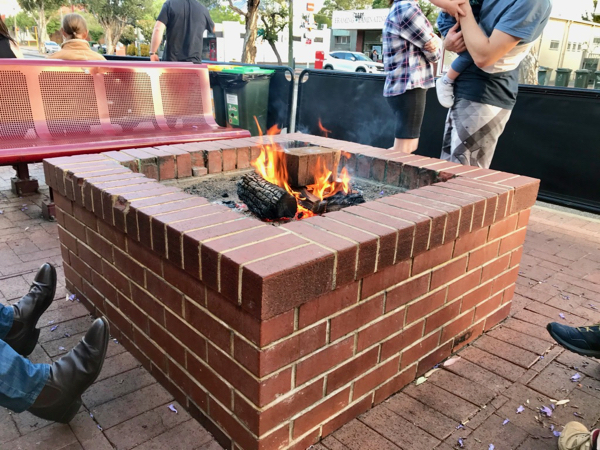 When it comes to the traditional beef burger, they’ve stuck to the same recipe from 1946. They use a ratio of 85 per cent beef scotch fillet and 15 per cent fat, making for a juicy patty. Standard additions are lettuce, onion, tomato and their homemade BBQ sauce but then you can go wild and add egg, pineapple, bacon, cheese or the hottest chilli sauce you can handle. One of their most ordered burgs is the “Cram” – beef patty with egg, cheese, bacon and a piece of black angus scotch fillet steak. WOW. 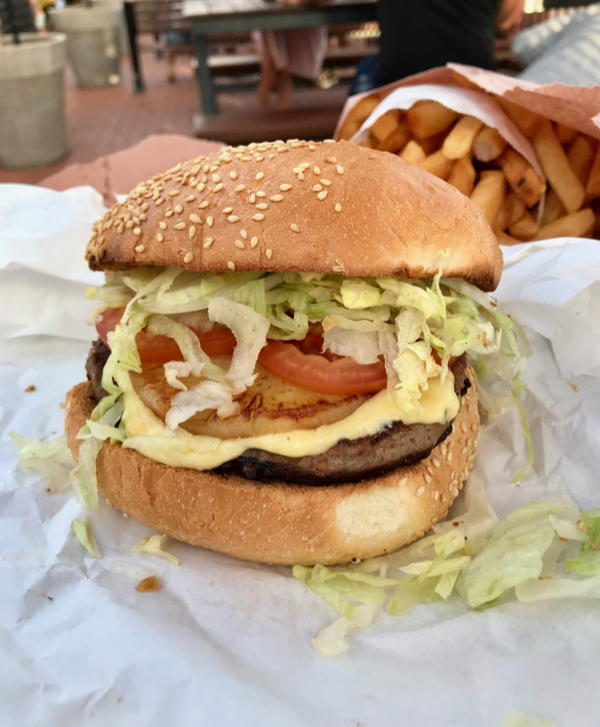 When the mercury drops, there’s nothing like a cup of Alfred’s famous pea and ham soup. In fact, no matter what the weather – die hards will start with a serve of this straight up. It’s cooked in massive pots on top of wood fired stoves using the original 1946 recipe. Expect a thick, hearty soup loaded with shredded ham from a tasty hock – it’s a great little starter while you wait for your burger. 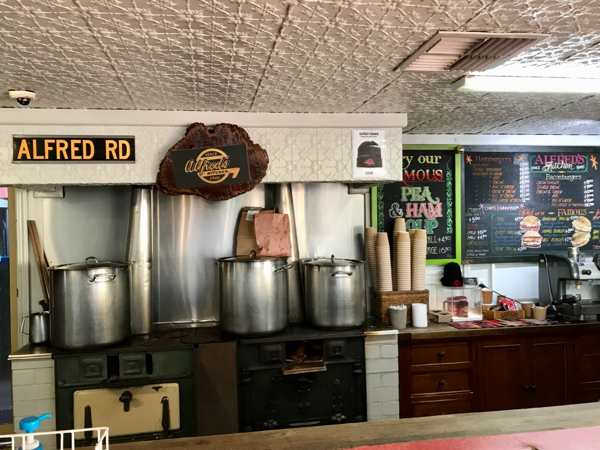 Don’t be put off by the line or the crowd of people waiting. These guys operate like a well oiled machine. If you’re pressed for time you can phone your order in but why not relax and take a seat by the fire or in the century-old train carriage and watch the world go by… or those 1am shenanigans. Service is as unpretentious as the burgers, it’s a rare gem of a place. 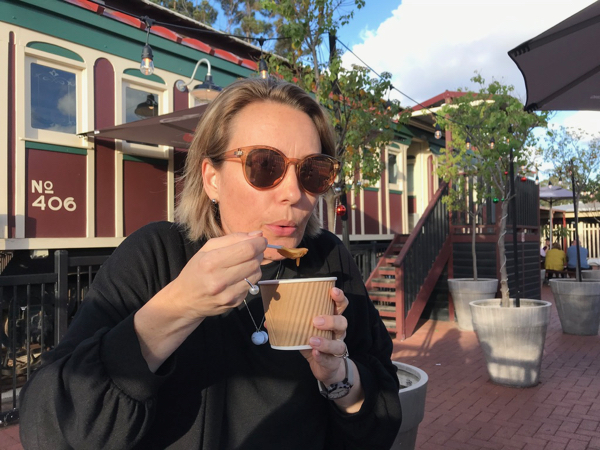 Alfred’s hasn’t earned the crown of being Perth’s longest running burger joint by accident. They’ve got a winning formula and judging by the crowds, not even the new burger styles gracing Perth are putting a dent in their numbers. If you haven’t paid them a visit before, take a trip out to Guildford and wrap your laughing gear around one of their famous burgers.