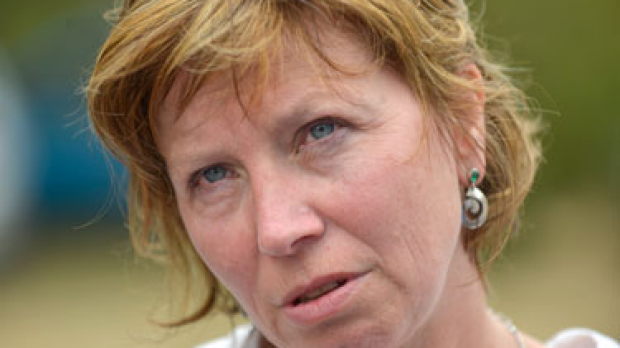 The mother of murdered boy Luke Batty has broken down in a heated debate about domestic violence with Studio 10 co-host Joe Hildebrand this morning.

Channel 10’s Hildebrand made comments about there being ‘no excuses’ in not reporting child abuse, even if the safety of the mother is threatened.

Appearing on the show after those comments were made, Ms Batty broke down into tears, claiming Hildebrand’s comments were completely misguided.

JOE HILDEBRAND: Women have to be empowered one way or another by themselves or by others to not be in abusive relationships in the first place. You have to get out, you absolutely have to get out. And yes there are huge economic costs often associated with that yes there are often other things, but anything is better than staying in an abusive relationship and certainly you often see it’s only when that the abusive partner turns on the kids that many women do stand up and leave but frankly to say you’re not going to report a case of child abuse or child sex abuse by your partner because you’re scared for your own safety, I’m sorry, it is not an excuse.

ROSIE BATTY: Joe, your comments are so, so misguided … We’re talking about when women, finally, may decide to leave their partners, they’re at their most risk. And you know what happened to me? Greg had finally lost control of me and to make me suffer and a final act of cold control which was the most hideous form of violence was to kill my son.

So don’t you ever think that if we don’t report it’s because we don’t want to. It is because we are so scared about what might happen. I am absolutely outraged. I was living in hope that because of Luke’s tragic death it would bring a huge awareness to family violence. This is beyond my comprehension how, again, the woman who is the victim is punished. Joe needs to look at his views as a man and he needs to step up and get informed. Because when I hear comments like that I am so saddened that the focus is still on the woman. Where the hell is the perpetrator? Why isn’t he being jailed for three years?