The owner of a new Byron Bay restaurant says her business received fake Google reviews before it even opened.

Kiki on Byron owner Saphia Smereka told Oliver Peterson it was “devastating” and “heartbreaking” people would do this.

“It can be devastating for small businesses,” she said.

“I wish people thought about that more before they posted negative reviews.”

Three fake negative reviews were posted on the Google listing for the business, causing Ms Smereka to delay the official launch of the restaurant. 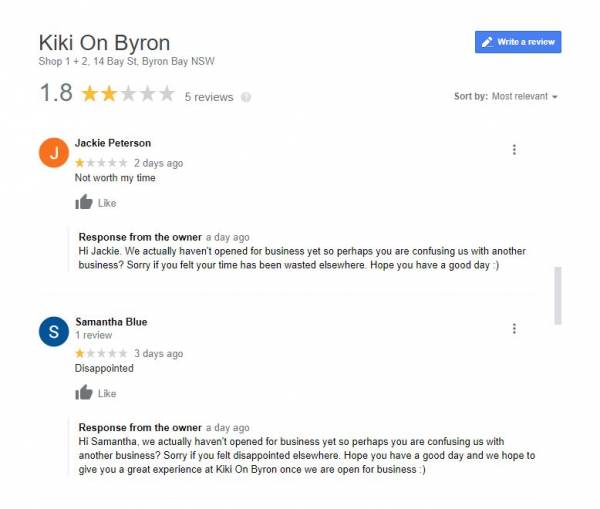 Ms Smereka detailed the effect this had on her personally, saying she wondered if was an angry community member or a scam.

“The fact this was written before we even opened shows it was a clear attack.