Police car gets stuck in sink hole on country highway

Police officers from the Wheatbelt had a big surprise last night when their car got stuck in a sink hole on Great Eastern Highway near Merredin.

Merredin Police Acting Senior Sergeant Andy Galbraith said the officers thought they were driving through a puddle but got more than they bargained for.

“What they thought was a puddle, turned out to be a five metre by three metre sink hole, and that they were currently stuck in their police car in the middle of the highway,” he said. 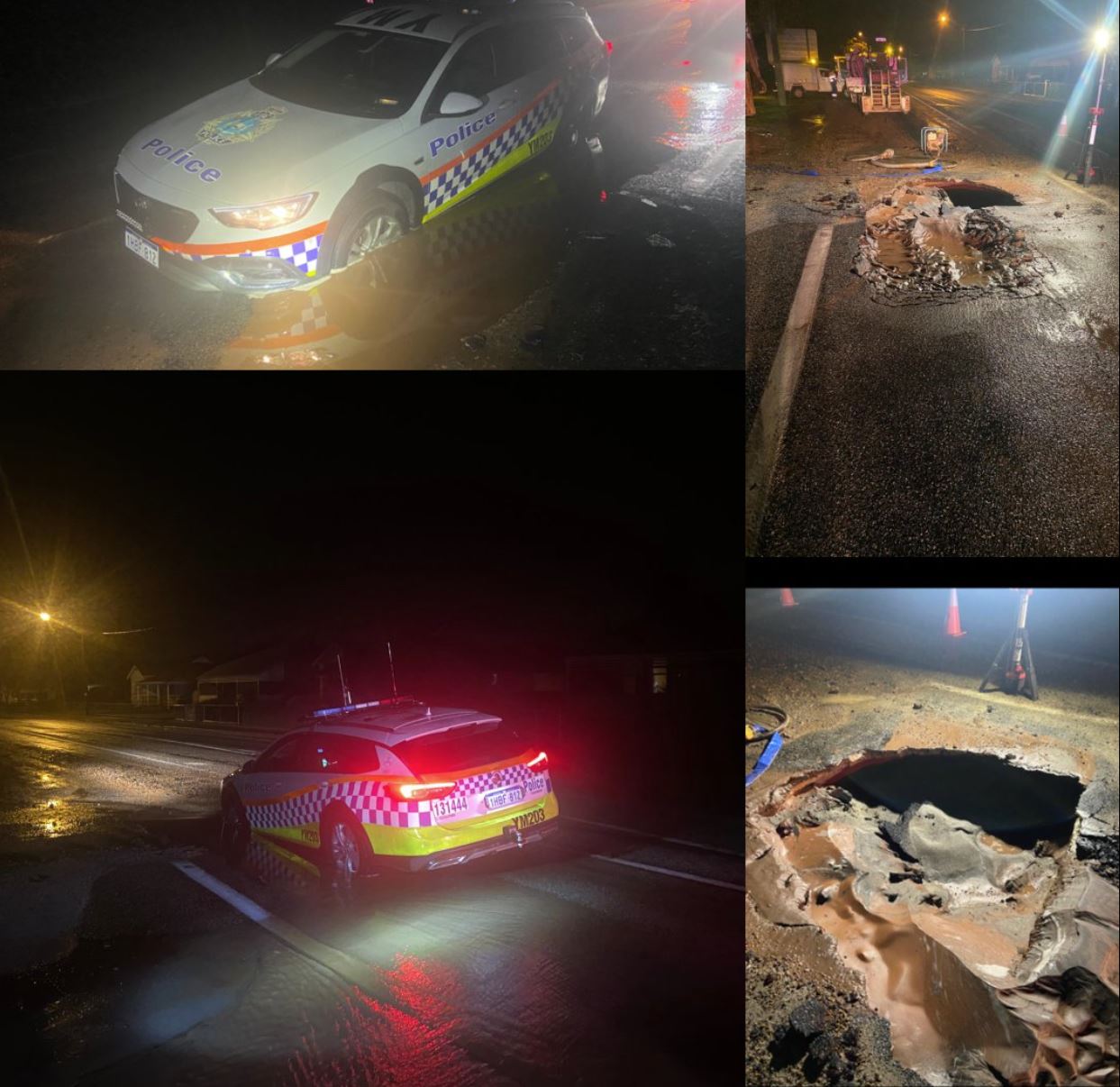 Main roads are at the scene this morning and are hoping to have the road repaired by lunch time.