‘Who do these clowns think they are?’

Gareth Parker has slammed the Federal National Party for refusing to leave the mistakes of the past behind. The 6PR Mornings host says Barnaby Joyce is putting his own political aspirations ahead of what’s best for the parliament and voters after he put his hand up to lead the party this morning.

“What on earth is wrong with them? Are they completely dense and stupid? Totally incapable of learning the lessons of history? Or do they just not care?”

He said there was no basis to consider a return for Mr Joyce and the Nats are too easily forgetting the reasons why he lost his job in the first place.

“Who thinks he should return as deputy prime minister? On the basis of what? What record of achievement, what grand new policy idea, what standard of personal conduct, what leadership by example?

“Barnaby Joyce claimed the allegation that he has sexually assaulted a prominent WA regional woman was “spurious and defamatory”. Catherine Marriot made a complaint about Barnaby Joyce to the National Party that took them eight months to investigate. The investigation found she was forthright, believable, open, and genuinely upset by what had occurred.”

“But it couldn’t reach a determination. Barnaby Joyce claimed it was defamatory but he has never launched a defamation claim.

“He’s delusional. He never believed he should have to resign and he’s been plotting to get his old job back ever since.” 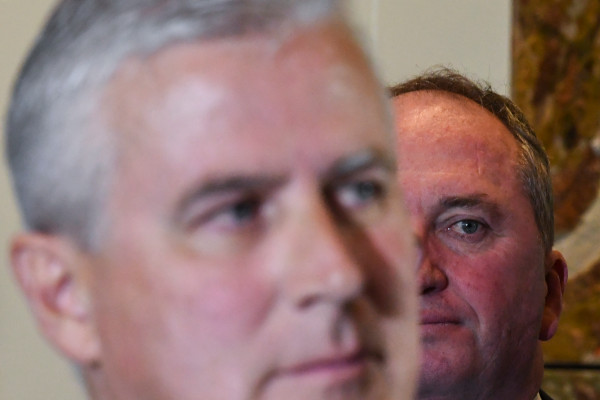