‘Whether people like it or not is irrelevant’: Wheel clampers hit back

The Managing Director of a wheel-clamping company is defending her employees for clamping vehicles at a Myaree shopping complex.

Around a dozen people were clamped at the Hulme Court centre yesterday – despite being customers at various stores.

Business owner Andy Huang told Gareth Parker he is frustrated because his own customers are being clamped simply for visiting other stores in the complex before coming to his shop.

But Auto Clamp’s Susan Chapman says customers need to read signs – and move their cars if they’re going to shops across the road.

She’s denied suggestions her workers are waiting nearby to quickly catch out people.

“They don’t sit there, they do not conduct predatory behaviour,” she said.

“They are merely are part of a random patrol. They don’t go down there every day.” 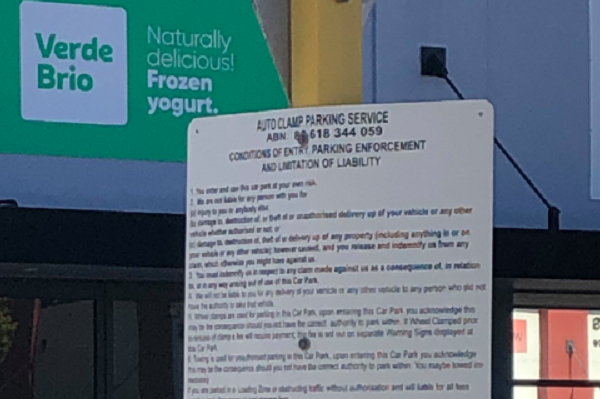